Posted by brian on Thursday, 14 April 2016 in Cruising News

OVATION OF THE SEAS READY TO UNVEIL THE MOST IMPRESSIVE ARKWORK ONBOARD A SHIP AT SEA !

Ovation Of The Seas  Ready To Unveil The Most Impressive Artwork On Board A Ship At Sea !

The newest, biggest and most technologically advanced cruise ship to ever be deployed to Australia, Ovation of the Seas, has revealed a vast 11,000-piece, US$4.5 million dollar art collection that was inspired by the ship’s multiple exotic destinations. Curated by London-based Peter Millard and Partners and inspired by Confucius’ words “Wherever you go, go with all your heart,” the collection features contemporary pieces from artists from around the world. 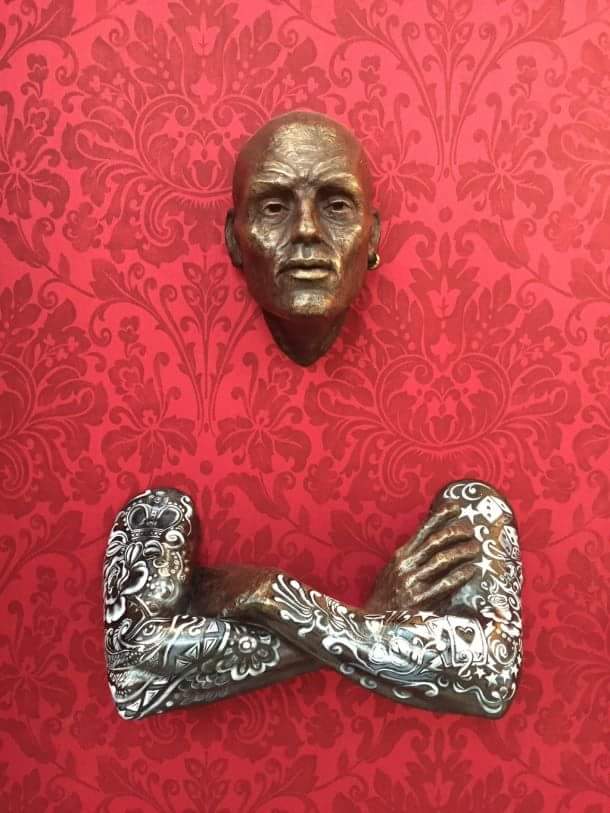 “The true essence of a Royal Caribbean holiday is to broaden travellers’ horizons by introducing them to new and unexpected adventures, and  that includes the dynamic art we feature onboard our ships,” said Michael Bayley, President and CEO, Royal Caribbean International.  “In closely collaborating with our partners and the artists, Ovation features unexpected and destination-inspired artwork, custom pieces and interactive art that will surprise guests at every corner.”

One of the ultimate photo ops onboard Ovation of the Seas is “Mama and Baby,” a larger-than-life commission designed by a U.K.-based artist Jo Smith. Perched atop the SeaPlex on deck 15, the piece depicts a mother panda and her cub, reaching out to one another. Considered a symbol of good luck in Chinese culture, the peaceful creatures with the distinctive black and white coat are intended to bestow peace and prosperity on all who interact with them. The pandas are also a playful nod to the cruise line’s newly announced partnership with World Wildlife Fund, which focuses on ensuring the long-term health of the oceans. 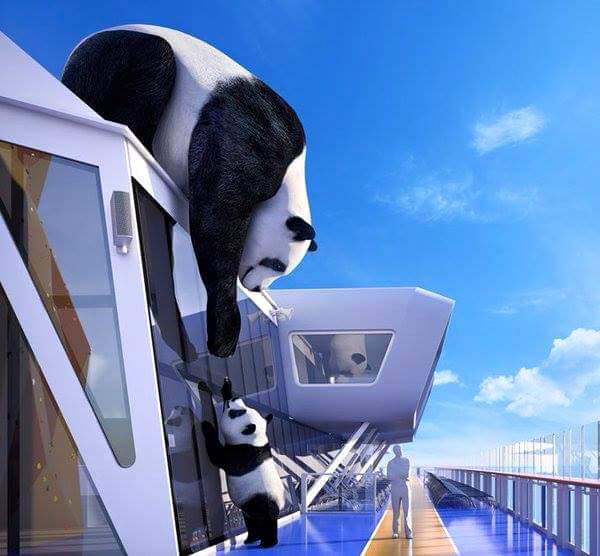 As if the moniker Mama and Baby couldn’t get any more special, Ovation’s crew will have the honour of naming them when the ship sets sail, a custom for Royal Caribbean crew members as done for sister ship installations – Quantum of the Seas’ Felicia the Bear and Anthem of the Seas’ Gigi the Giraffe.

It wouldn’t be a smart ship without smart art, and the Quantum class hallmark of high-tech pieces continues onboard Ovation with “Sky Wave,” a piece sure to be a guest favourite. Created by New York-based Hypersonic and Boston-based Plebian Design, Sky Wave is the first ever kinetic moving sculpture at sea. The installation pivots and curves at different points to mirror the flow of both wind and water. Further inspiration was also taken from the ship’s movement, culminating in a piece that combines both maritime elements and engineering.

Each petal in Sky Wave is made of handcrafted fiberglass and varies in length to hone the flawless rolling sway. Located on deck 5 just in the Royal Esplanade, the eye-catching, carefully crafted art piece was commissioned specifically for Ovation.

Elevator Art Gets a New Look, Still Prime for Selfies

The elevator art on Quantum class is known for selfie-taking, and Ovation of the Seas is no exception. Ovation is elevating the selfie art game with all-new imagery from Chinese photographer Huainan Li’s series, “The World of the Senses.” The powerful series features the futuristic faces of women accented in metallic hues and sporting glasses that reflect a variety of whimsical scenes.  The collection of 10 pieces is sure to surprise and delight guests each time they ride from deck to deck, and pack an unexpected punch when the doors open.

One of the most iconic art locales on Quantum-class ships is the rotunda, which connects mid-ship’s Jamie’s Italian and Vintages. Ovation does not disappoint as passers-by can enjoy the work of Bieli Liu, a Chinese artist who played into the natural movement of the ship with an adaptation from her “Lure” series of installations. The sculpture was created to fit the rotunda location and represents an ancient Chinese legend depicting the red threads that connect Chinese children to their soulmates. A disc may be connected to another, as a pair; and a pair of disks may sprout from a single thread. The installation is designed to suspend from the ceiling forming a vibrant and energetic piece that responds to subtle air currents and movement as the red coils turn, and strands of thread become entangled. 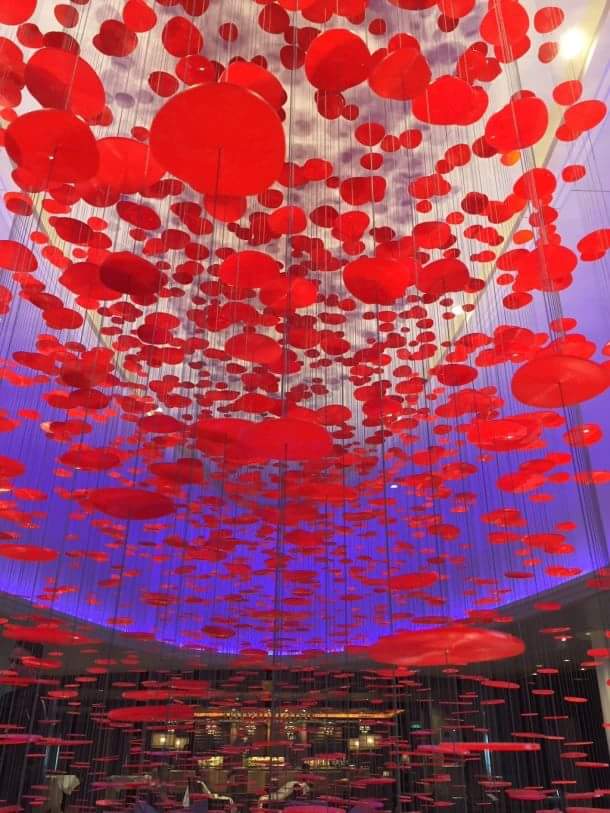 Throughout the entire ship, guests will find curated art at every turn. Heading into the Royal Theater, British artist Dominic Harris engages show-goers with an interactive piece titled “Flutter Wall.” The 120-inch screen showcases butterflies on a black canvas that seemingly fly away as guests walk up for a closer view. A true surprise and delight experience akin to the additional installations that travellers can enjoy onboard.

Ovation of the Seas is setting sail from Southampton, UK this week on her 52-day Global Odyssey visiting exotic ports of call from the Mediterranean to the Middle East and Asia before her maiden Australian season from December 2016.

Royal Caribbean International recently announced the extension of the US$1 billion Ovation of the Seas’ maiden Australian season by a month with the addition of four new sailings, giving Aussie guests more opportunities to experience the incredible Ovation of the Seas and her art. The brand also confirmed that Ovation of the Seas will return for a second season in the summer of 2017/18 due to the extraordinary demand for the ship from Australians.