Posted by brian on Monday, 04 April 2016 in Cruising News

In a meticulously planned operation that has been several years in the making, P&O Cruises' Pacific Aria became the largest ship to navigate the Great Sandy Strait, with her call to Fraser Island opening up the World Heritage-listed destination to cruise tourism.

At high tide yesterday morning, the 55,820-tonne Pacific Aria entered the tidal strait to the west of Fraser Island, slowly cruising through the Great Sandy Strait – a succession of sheltered bays and sand flats – before anchoring off the island’s Kingfisher Bay Resort about 7am.

P&O Cruises President Sture Myrmell said the cruise line had wanted to visit Fraser Island for some time, but had only been able to introduce cruises to the world’s largest sand island following the addition of two mid-sized ships – Pacific Aria and Pacific Eden – to its fleet late last year.

“Pacific Aria’s historic visit has been a feat of modern navigation. Our team worked closely with local authorities including Maritime Safety Queensland, the Gladstone Regional Harbour Master and the Australian Hydrographic Service to update shipping charts in the strait and carefully plan cruise calls around high tides,” Mr Myrmell said. 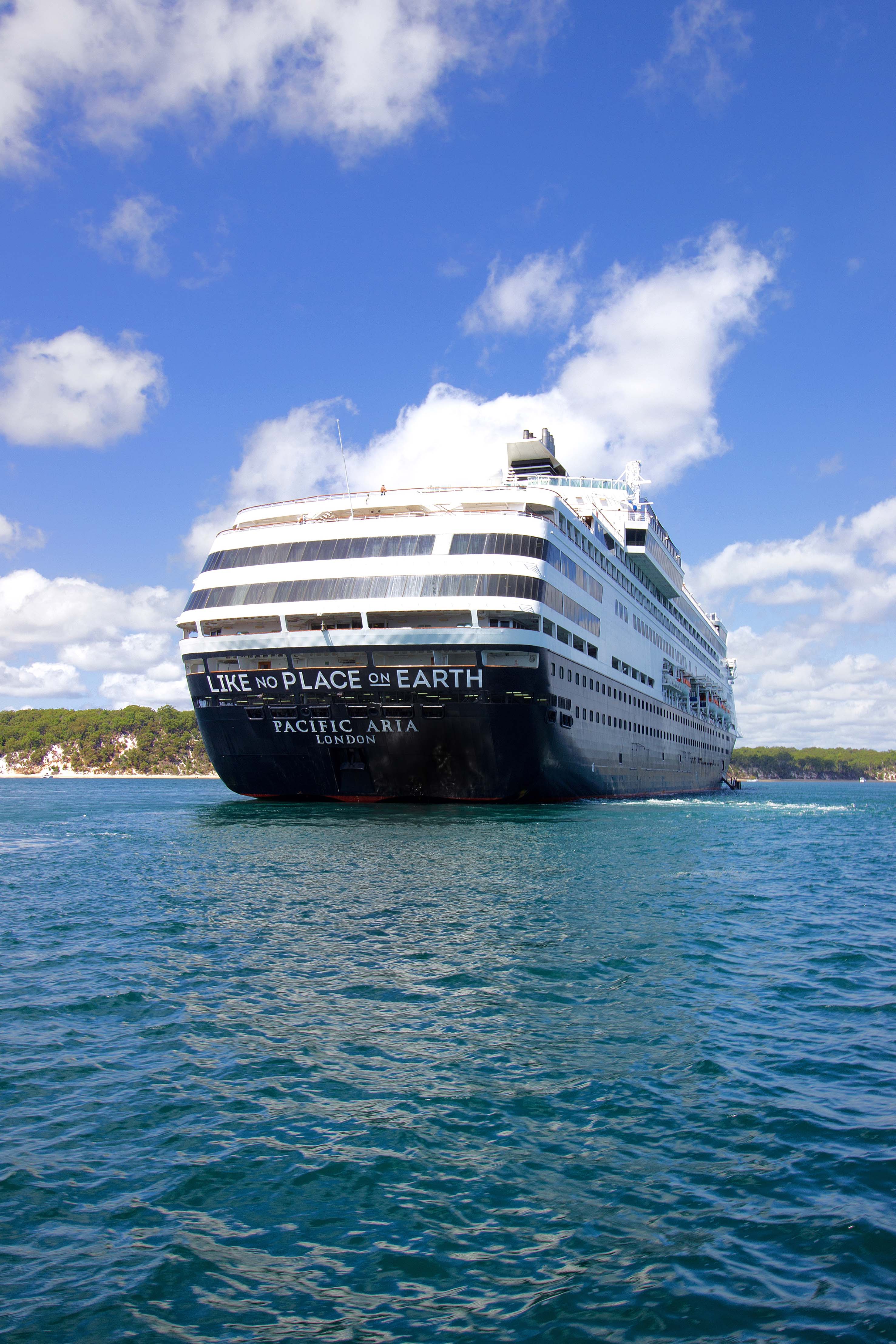 P&O also recruited former harbour master Captain Mike Lutze, the only experienced Fraser Island pilot, for the maiden call and will continue working with him to train Australian Reef Pilots to ensure the viability of future cruise visits to the island.

A further five Fraser Island calls are scheduled for 2017.

Mr Myrmell said Fraser Island was one of 15 regional destinations added to P&O itineraries in recent years as a result of the cruise line’s fleet expansion and the increase in short break cruises.

“As P&O expands, we’re thrilled to be leading the way in introducing more of Australia to cruising, especially Fraser Island, which boasts some of the world's most magnificent scenery, wildlife and visitor experiences. It’s a very exciting time for cruise tourism in Australia with passenger numbers continuing to surge and it’s great to be able to share the economic benefits of this growth with communities around the nation,” Mr Myrmell said. 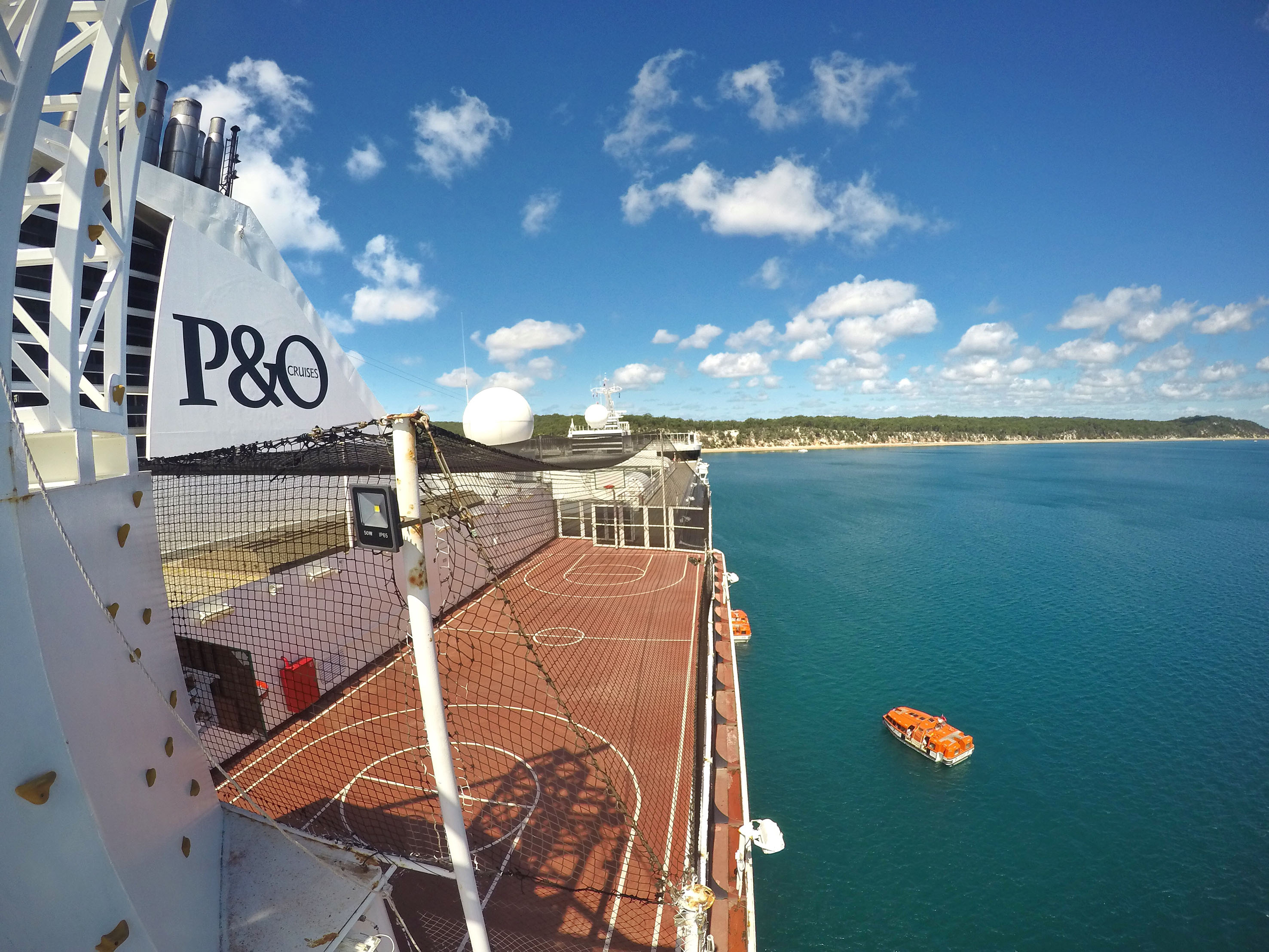 The cruise line partnered with the island’s Kingfisher Bay Resort to offer its guests the ultimate Fraser Island experience. As well as enjoying the resort’s facilities, guests participated in a range of activities including bush tucker tasting, a visit to the Central Station rainforest and crystal clear Lake McKenzie, mangrove walking tours and beach Segway rides.

Queensland is home to more cruise destinations than any other state in Australia, with P&O ships sailing to 10 ports within the State. In recent years P&O has opened up new Queensland ports including Mooloolaba and Moreton Island, followed by Gladstone last month and now Fraser Island.

According to industry figures, Queensland is the second biggest source market for Australian cruisers with nearly 240,000 Queenslanders cruising in 2014, an increase of 21 per cent on the previous year.