Posted by brian on Thursday, 23 February 2017 in Cruising News

THE DAWN OF A NEW ERA IN CRUISING STARTS NOW FOR PACIFIC DAWN!

The Dawn Of A New Era In Cruising Starts Now Pacific Dawn!

As brought to you Exclusively by Australian Cruising News .com.au on the 18th of July 2016, please see original story and photos on our website under cruising news.

Pacific Dawn which is now the second oldest ship in the P&O Cruises Australia fleet is now in Singapore and having a total refurbishment both inside and out! 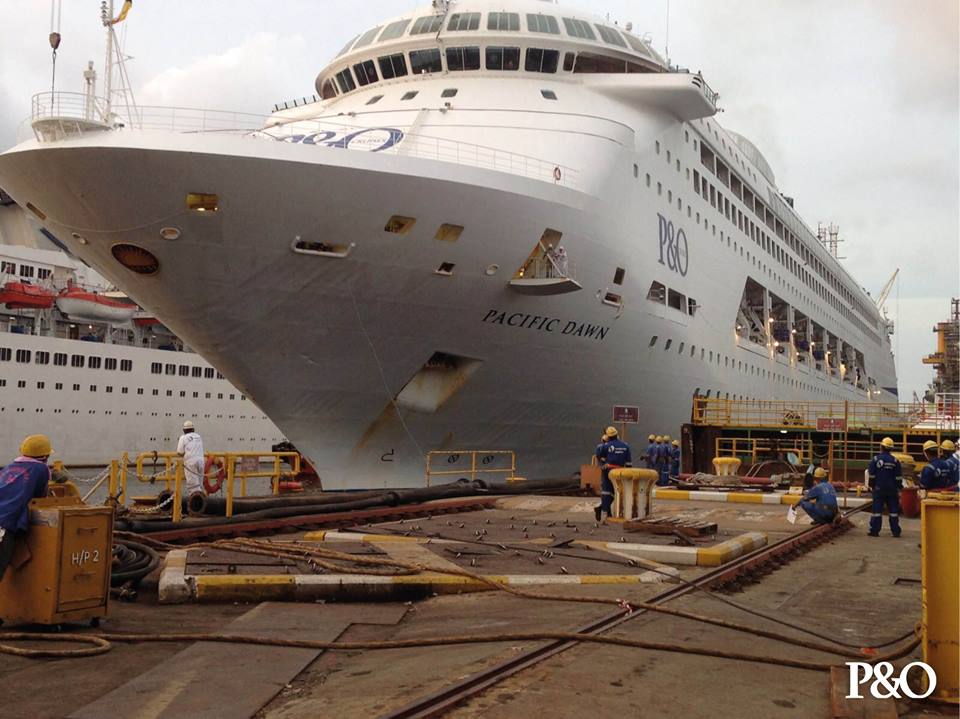 Pacific Dawn has just begun her multi-million dollar renewal, this will include the installation of two spectacular waterslides on her top decks. 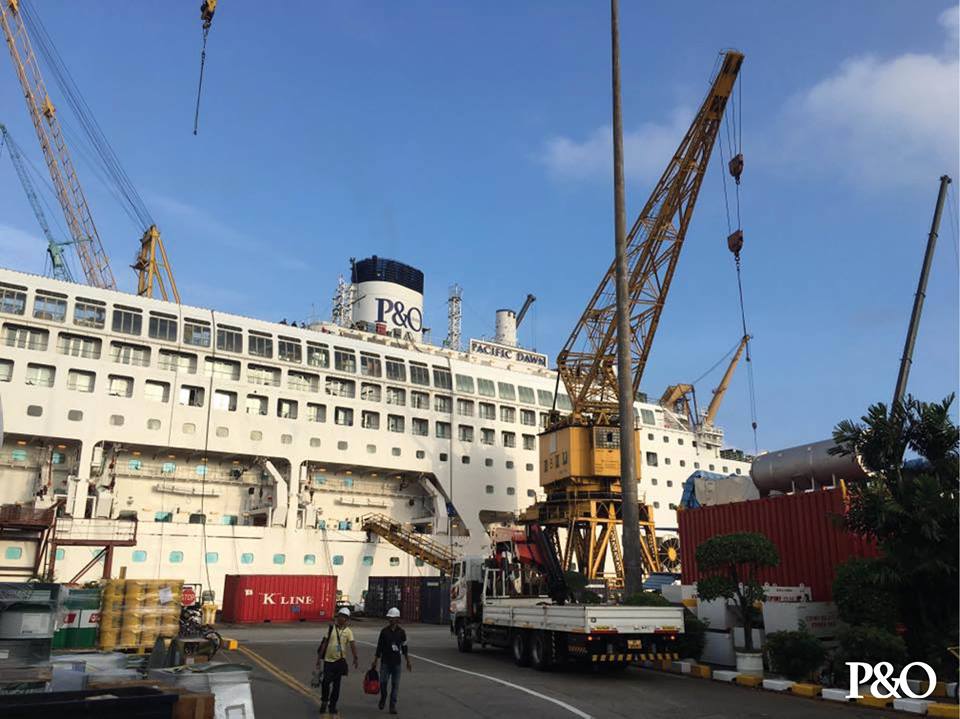 Over the coming days, the ship will be fitted with a range of new features including a state-of-the-art waterpark [minus one pool] and the addition of The Pantry which is on all of the P&O Cruises Australia ships apart from Pacific Dawn, an international market place of fresh food outlets which will replace the traditional ship buffet. Among its features will be a new Mediterranean-inspired offering called Nic and Toni’s and a new seafood restaurant, Shell & Bones. 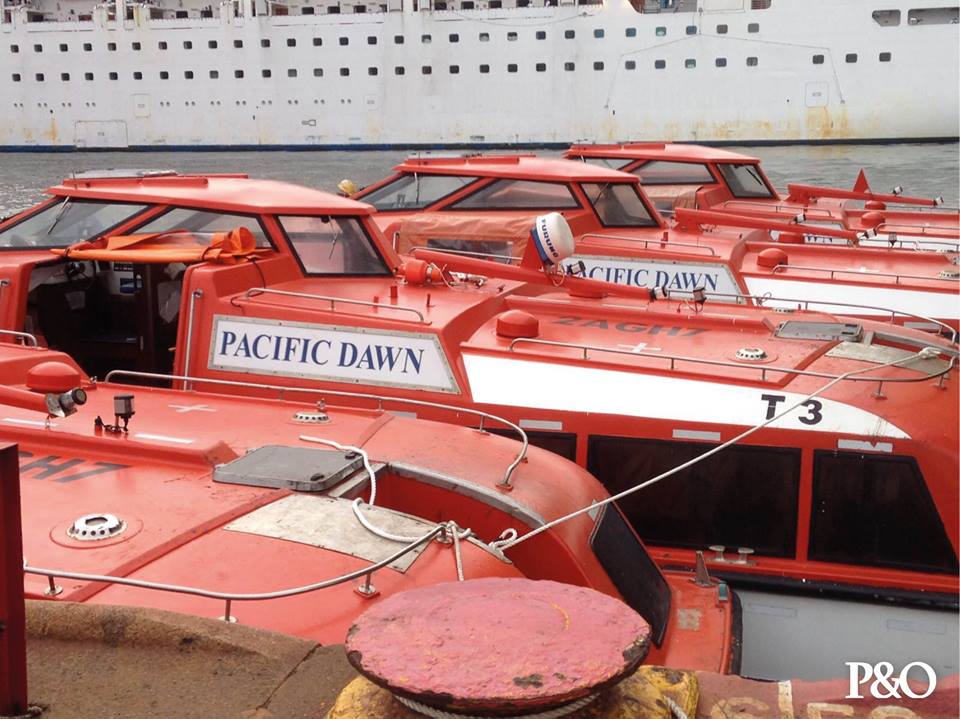 Many of Pacific Dawn’s public spaces – including the Atrium, Charlie’s Cafe, The Orient and the Promenade Bar – will also be modernised to fall into line with the startling contemporary look which has become an underlining feature on both Pacific Aria and Pacific Eden. 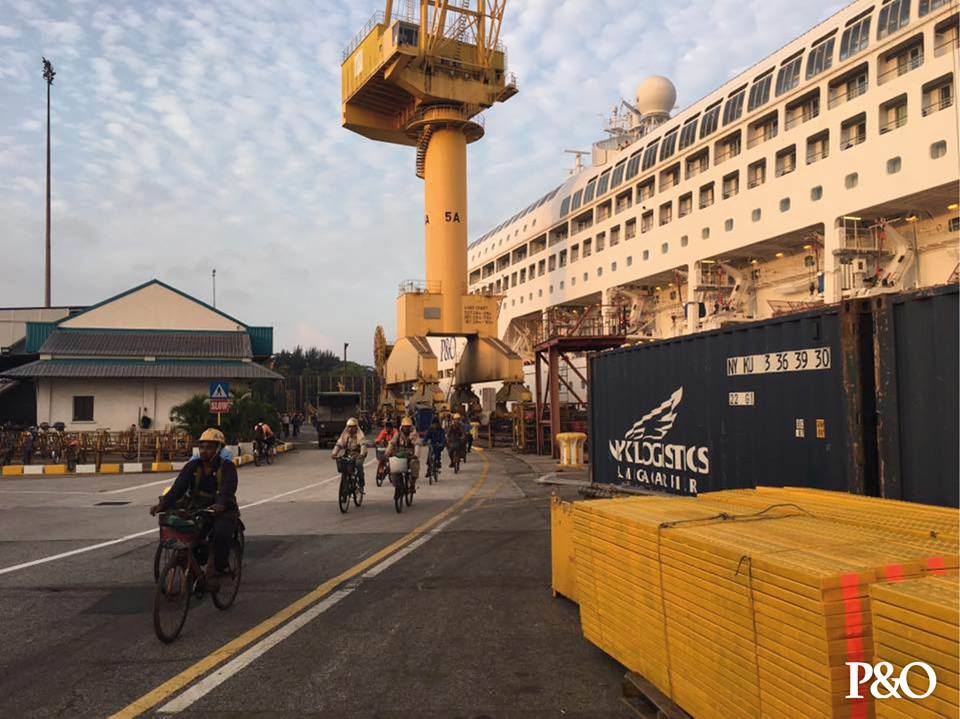 The refit comes as P&O prepares for its biggest year of Queensland cruising, with two ships sailing from Brisbane year round. Between them, Pacific Dawn and Pacific Aria will offer a record 108 cruises to holidaymakers this year, up from 98 cruises in 2016. 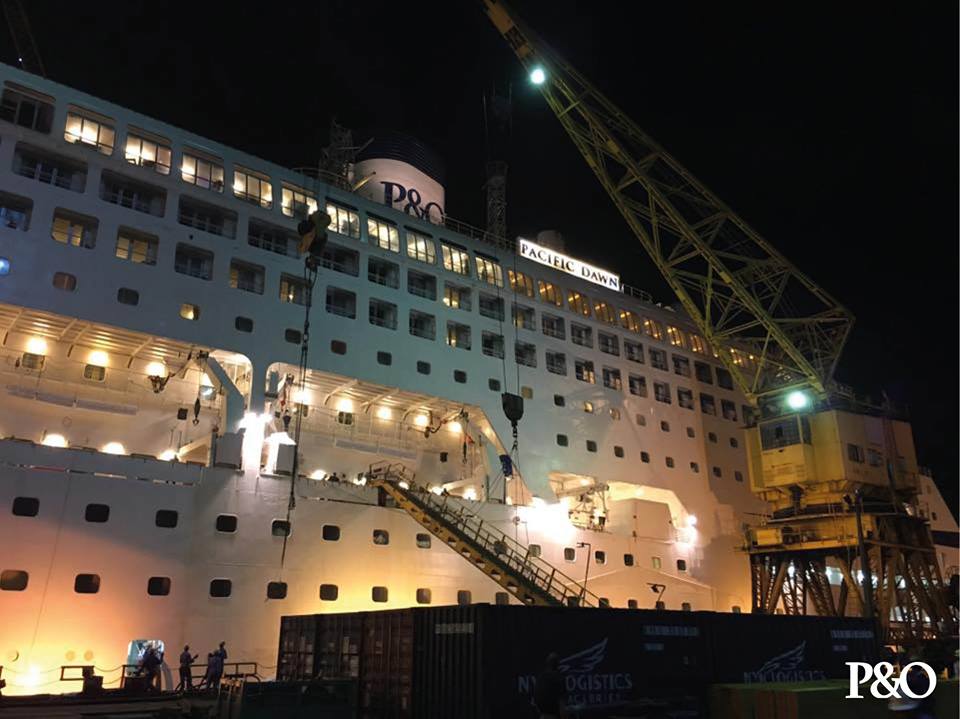 Pacific Dawn will depart from Singapore on the 02nd of March and will arrive back into Brisbane her homeport with her additional new features on the 16th of March.