Posted by brian on Tuesday, 05 April 2016 in Cruising News

Princess Cruises has announced that it has reached an agreement with Italian shipbuilder Fincantieri S.p.A. to build two new ships, entering into service in 2019 and 2020.

“With this new ship commitment, Princess Cruises will continue to grow and expand globally as the world’s destination leader in premium cruising.”

The unnamed 143,700-tonne, 3560-passenger ships will be the brand’s fourth and fifth Royal-class vessels, featuring an evolution of the successful design platform used on Royal Princess, Regal Princess and the new Majestic Princess coming in 2017.

The new Princess ships will include the signature elements that have become synonymous with the brand’s best-in-class guest experience featuring a soaring central atrium, multiple dining, entertainment and retail venues; an outdoor theatre experience; and 80 per cent of all staterooms with balconies. The ships will also include new innovations to enhance the guest experience even further. 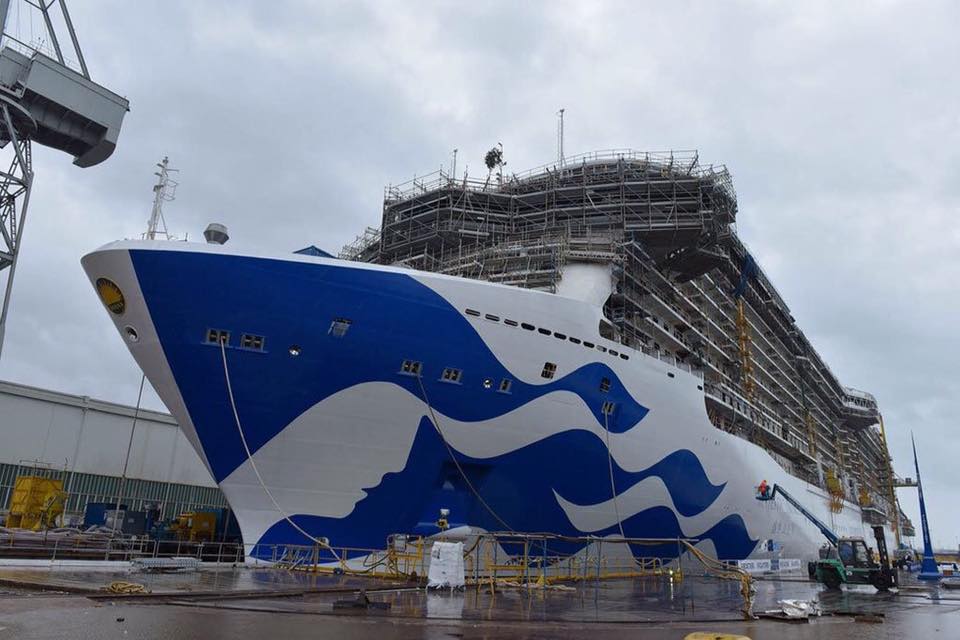 Specific features and amenities for the ships, along with deployment details, will be revealed in the near future.

The finalisation of the contract follows the announcement late last year of a memorandum of agreement between Princess Cruises’ parent company, Carnival Corporation & plc and Fincantieri for five new ships including the Princess Cruises’ new builds. As the world’s largest travel and leisure company, Carnival Corporation has an existing fleet of 100 cruise ships and a total of 16 new ships scheduled for delivery between 2016 and 2020.