Posted by brian on Saturday, 28 January 2017 in Cruising News

Jimmy – who was appointed an Officer of the Order of Australia in today’s Australia Day Honours – kicked off his special morning acoustic performance with the popular Flame Trees, performing to hundreds of guests on Pacific Eden’s Oasis pool deck, against the backdrop of Sydney. 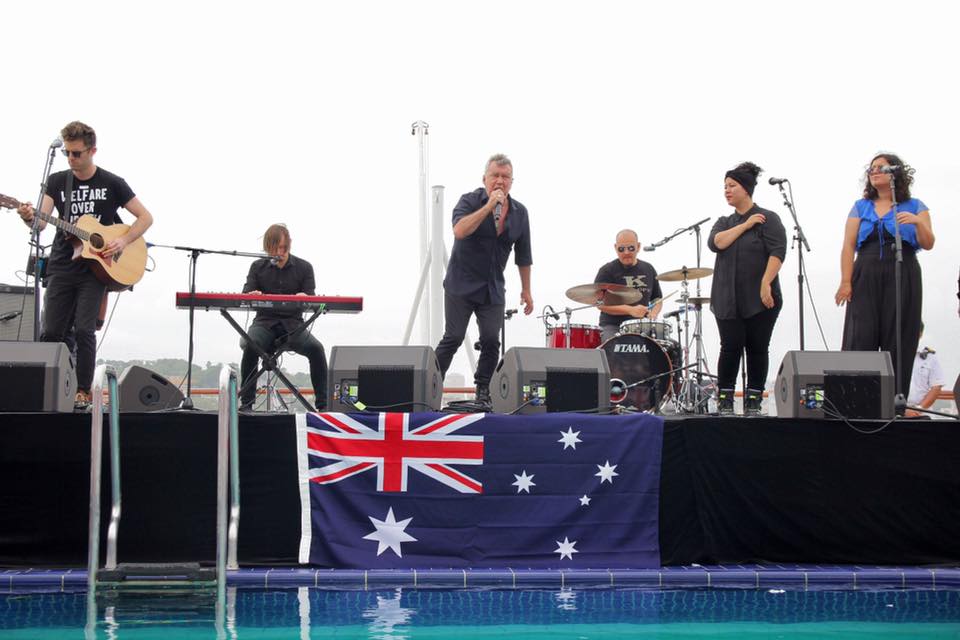 As part of the cruise line’s Great Australian Deck Party, guests are enjoying front row seats to all the Harbour activity as well as a day of Australian movies and food including a BBQ, green and gold pancakes and lamingtons. 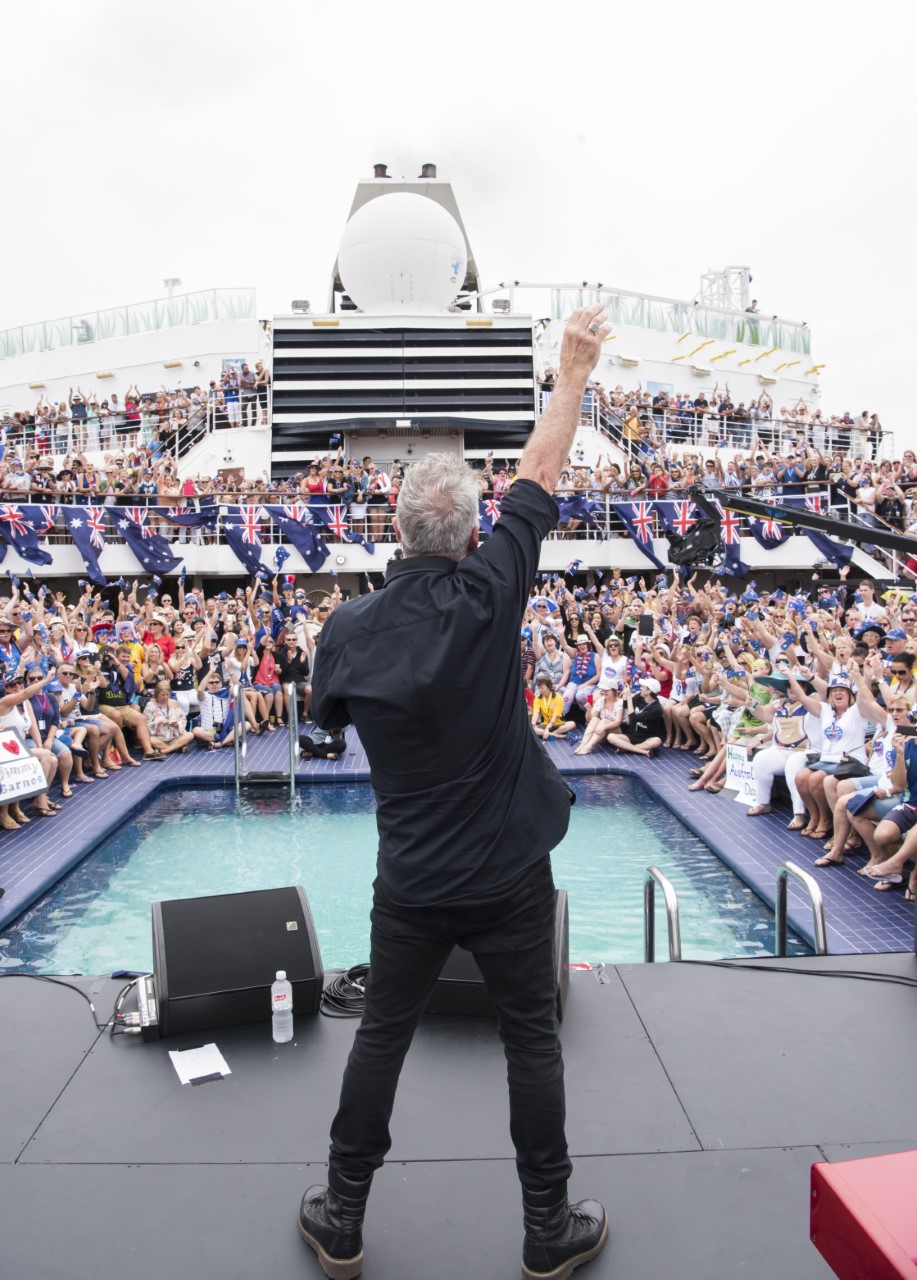 “As Australia’s only homegrown cruise line, as well as the nation’s largest cruise line, Australia Day is a big event for us and we’ve very proud to celebrate it with more than 9000 guests across our five ships today,” Mr Myrmell said.

Popular Australian chef Luke Mangan – who has restaurants across P&O’s fleet – was also onboard Pacific Eden during the day, creating a deconstructed “lamb-ington” treat for guests. 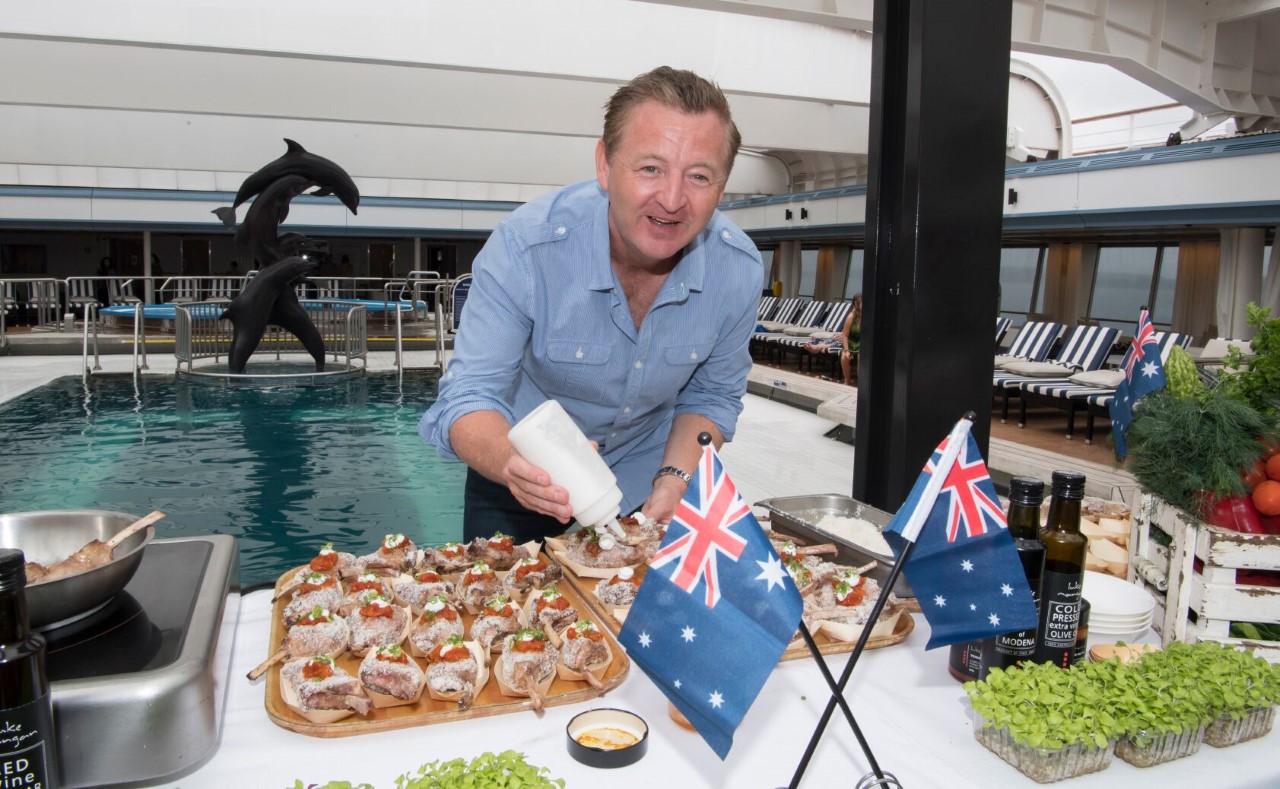 All three P&O Cruises Australia ships that are on Sydney Harbour departed the same evening, with Pacific Pearl returning on Friday the 27th of January this cruise will be her last return voyage to Sydney before making her way to New Zealand for her final cruises and ending her time in the P&O Cruises Australia fleet.

Pacific Eden will be sailing back into Sydney on Saturday the 28th of January while Pacific Dawn will be cruising back to its homeport of Brisbane. Both the Pacific Aria and Pacific Jewel are both spending the day at sea.