Posted by brian on Wednesday, 09 March 2016 in Cruising News 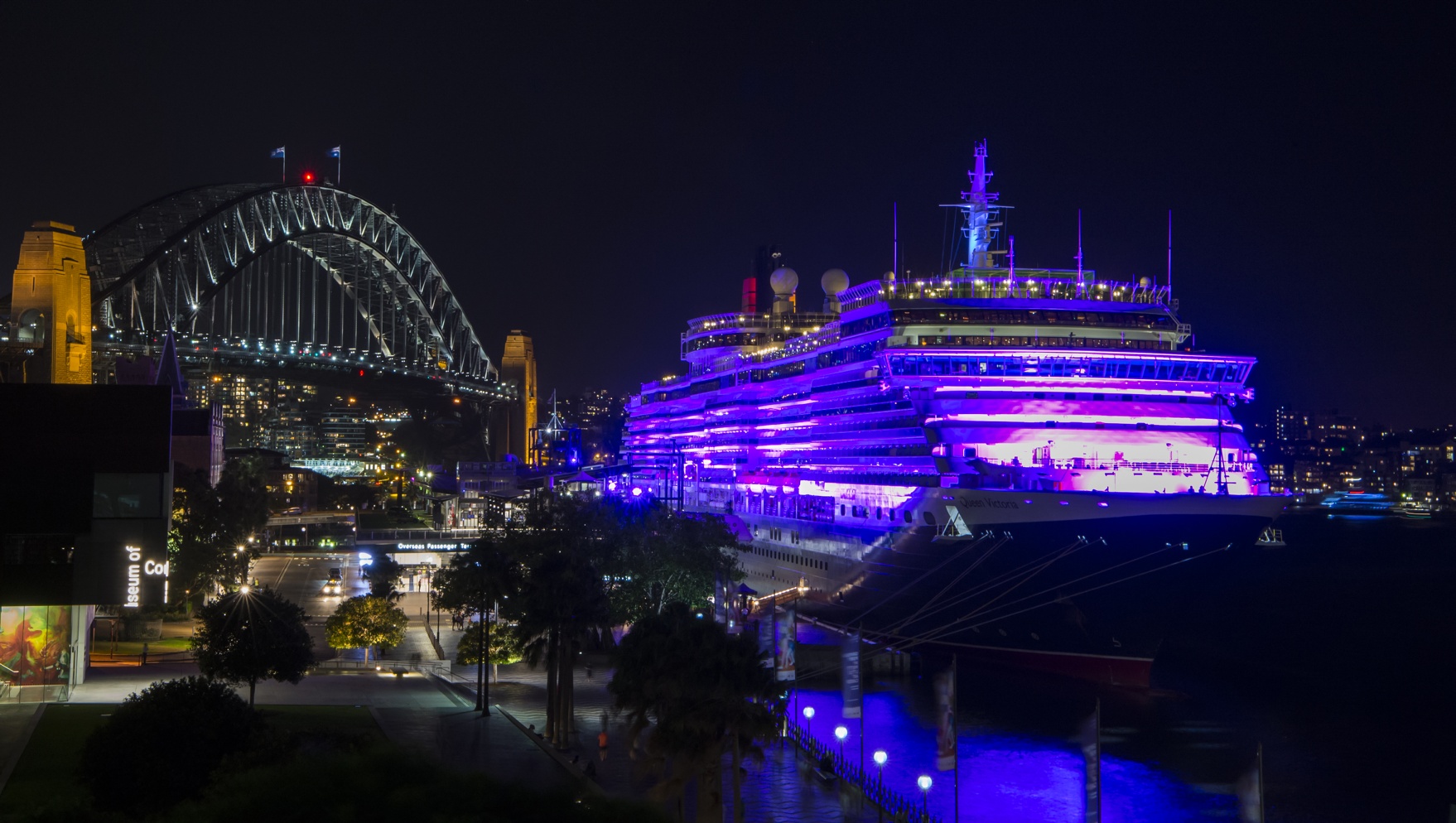 Wearing a 60-metre long banner on her hull sporting this year’s campaign message, #PledgeForParity, Queen Victoria took on a purple hue as dusk fell in the city, reflecting the internationally recognised colour for women’s rights and achievement’s. 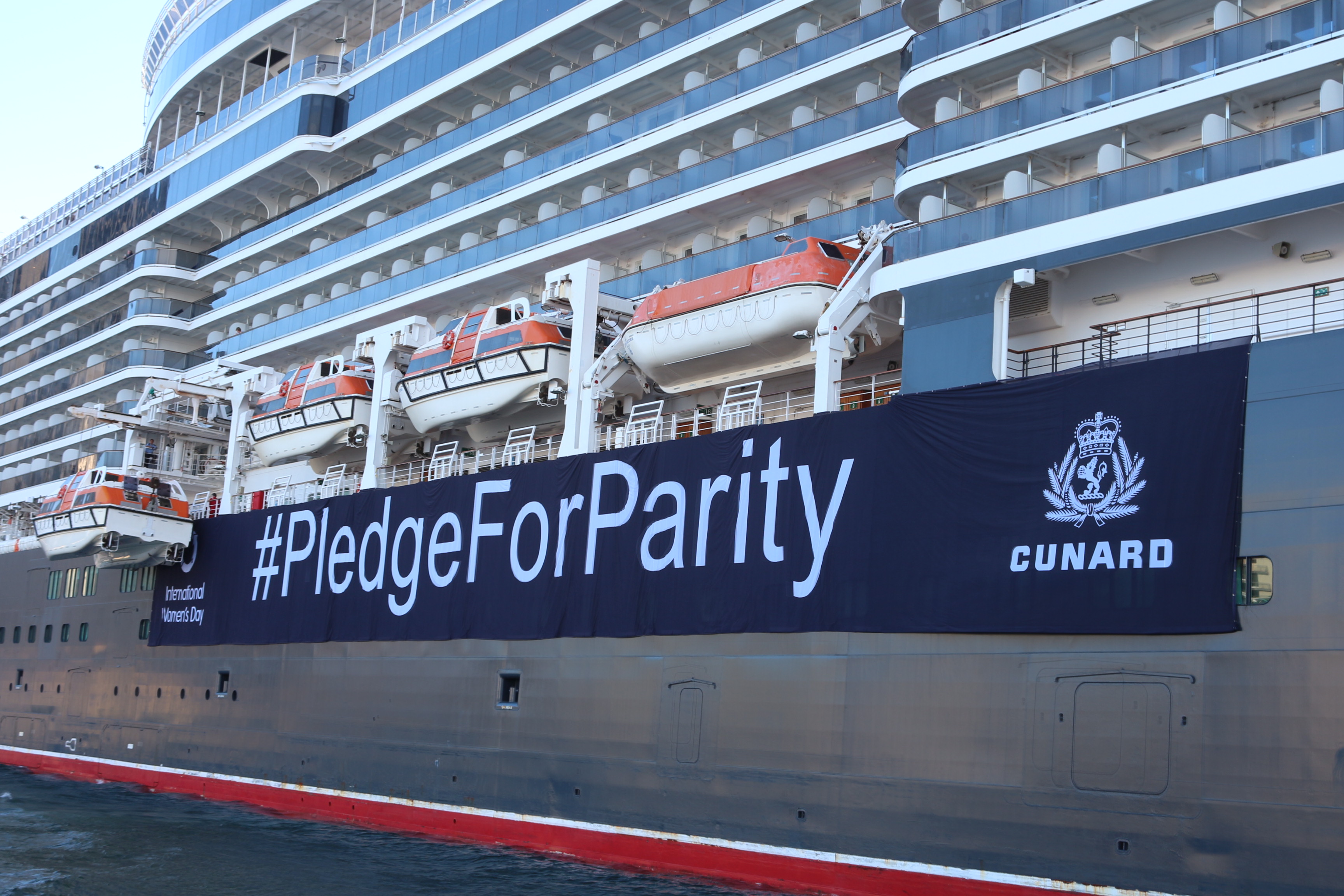 Photo above credit: Brian Gaskin Of Cruise The Seas Travel And Media.

Lasting until midnight, the illumination was a striking tribute to International Women’s Day, which celebrates the social, economic, cultural and political achievement of women. 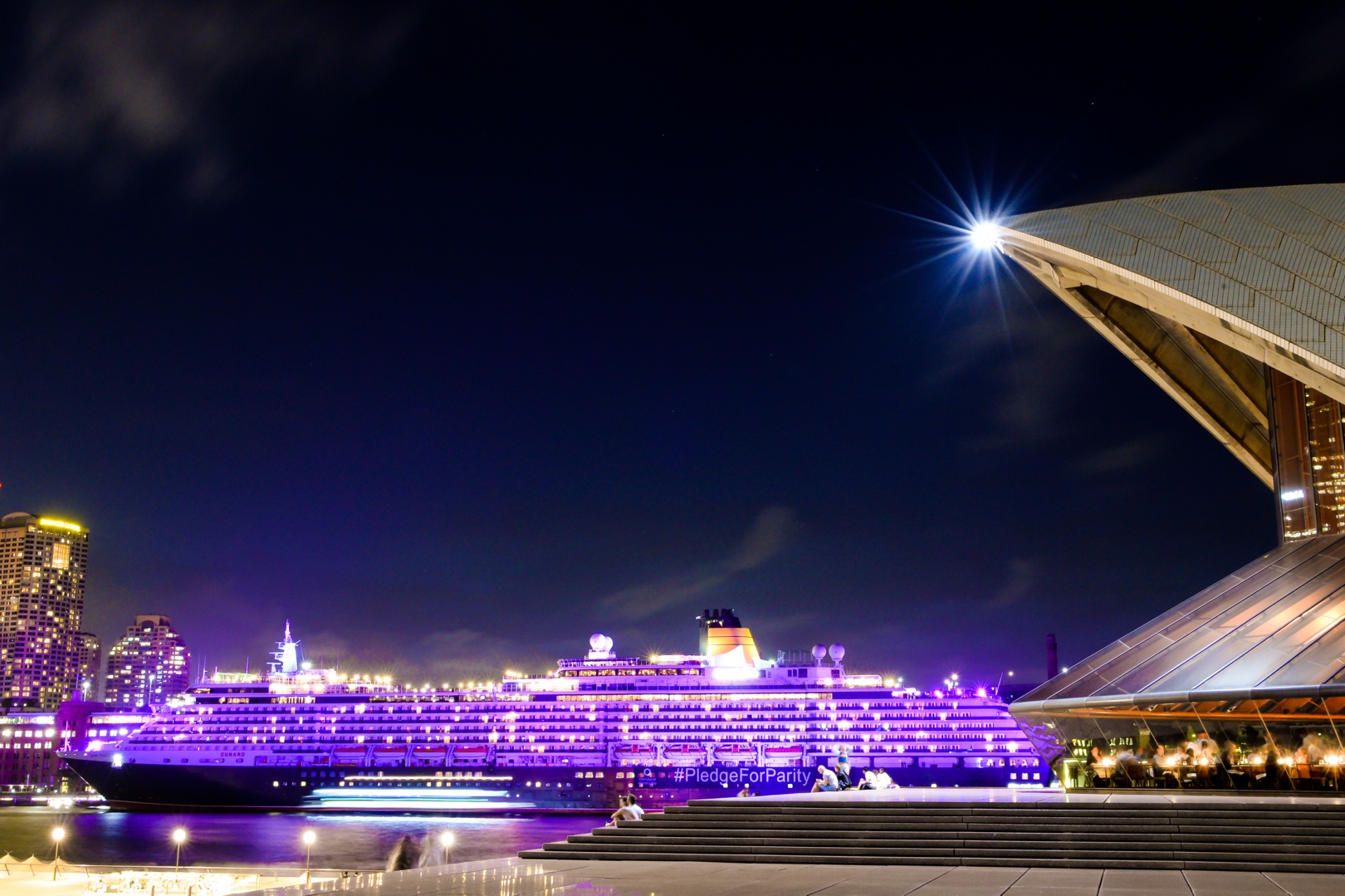 A special function was hosted onboard the ship during the evening, bringing together scores of Australia’s leading women from a range of fields. The event was hosted by Ann Sherry, who was named the overall winner in the 2015 Australian Financial Review and Westpac 100 Women of Influence Awards and is the Executive Chairman of Carnival Australia, which accounts for seven of the world’s leading cruise lines in Australia, including Cunard. 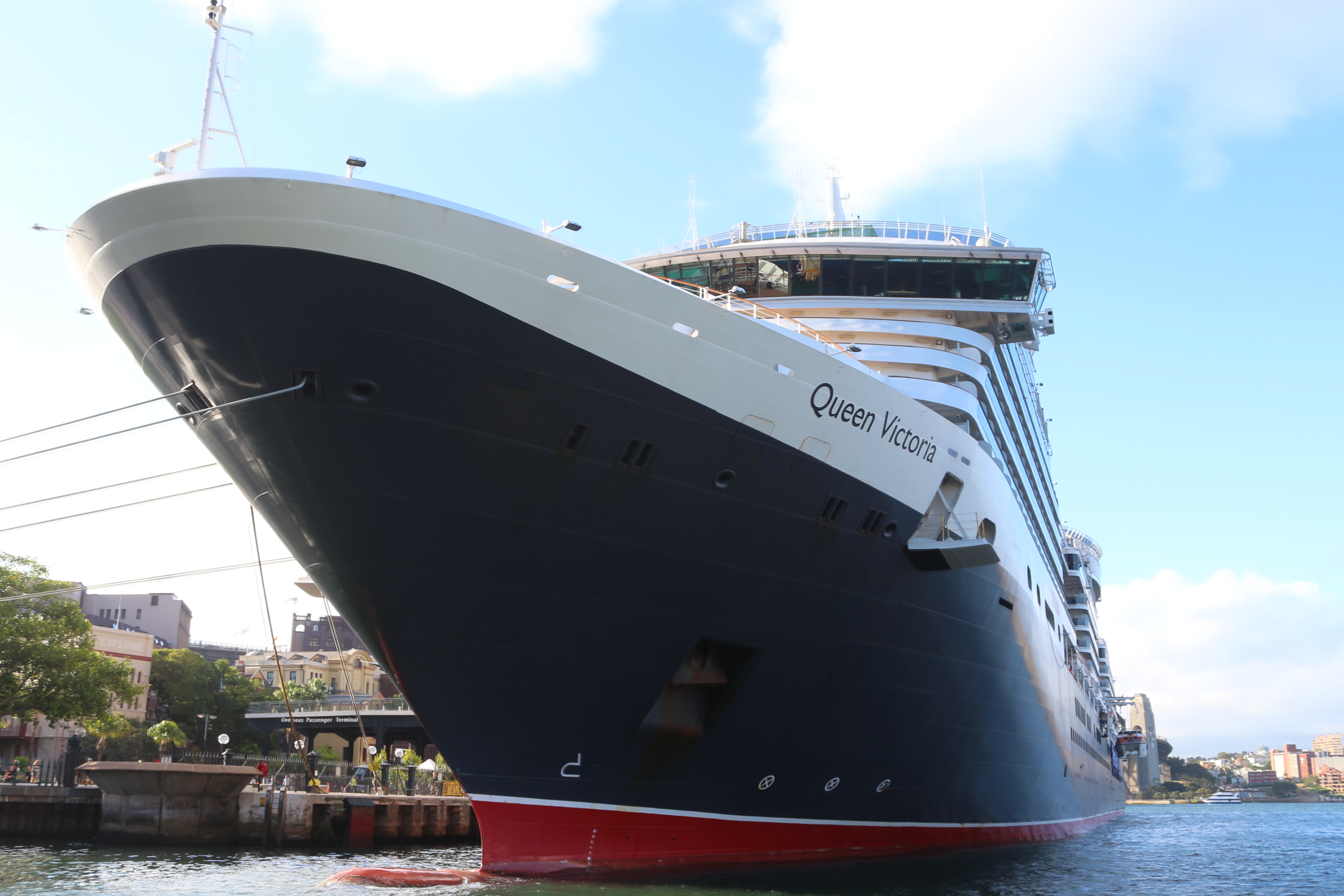 Photo above credit: Brian Gaskin Of Cruise The Seas Travel And Media.

Queen Victoria’s overnight visit to Sydney comes during her 120-night world voyage, which will see her spend almost three weeks in Australian waters.