Posted by brian on Thursday, 26 April 2018 in Cruising News

P&O CRUISES AUSTRALIA COMMEMORATES ANZAC DAY ON BOARD THEIR SHIPS WITH HUMILITY AND GRACE.

P&O Cruises Australia Commemorates Anzac Day On Board Their Ships With Humility And Grace.

ANZAC day 2018 saw all guests and staff and crew on-board all five ships in the P&O Cruises Australia fleet pay their respects to the past, present men and women who have served or are currently serving our nation in the Australian Defence Force. 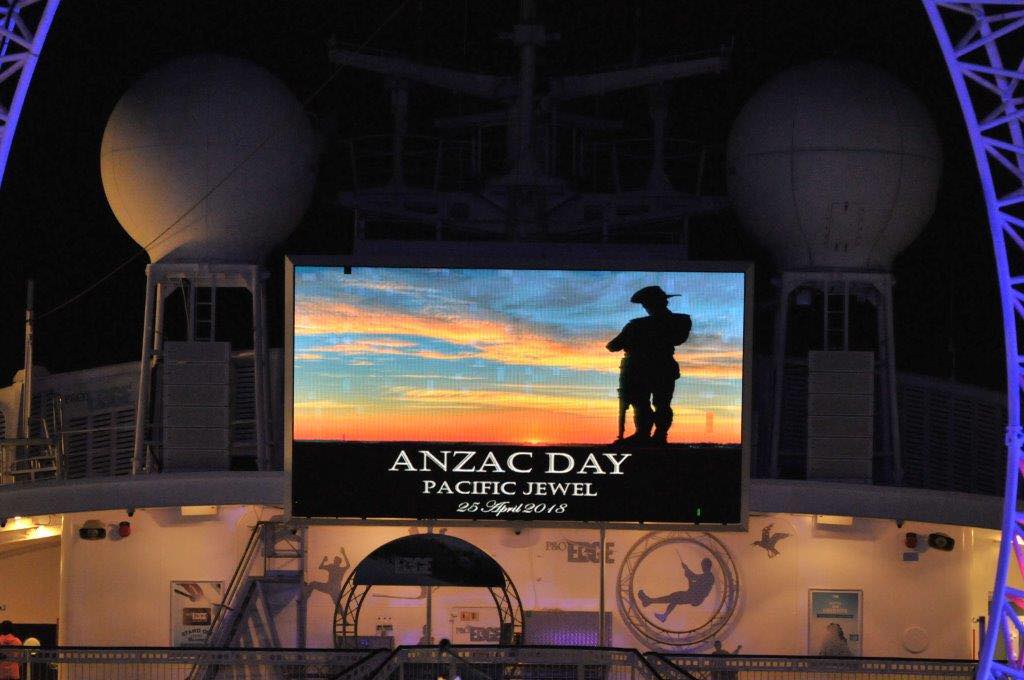 It’s been more than 100 years since that horrific landing on the shores at Gallipoli, and the legacy of ANZAC day needs to be preserved now and into the future.

It’s where it remains a challenge for us all to make sure that the ‘Spirit’ of the ANZAC is now passed onto our children and their children in generations to come to honour the fallen and those whom are still serving and the great sacrifice they are making in serving this wonderful country of ours. 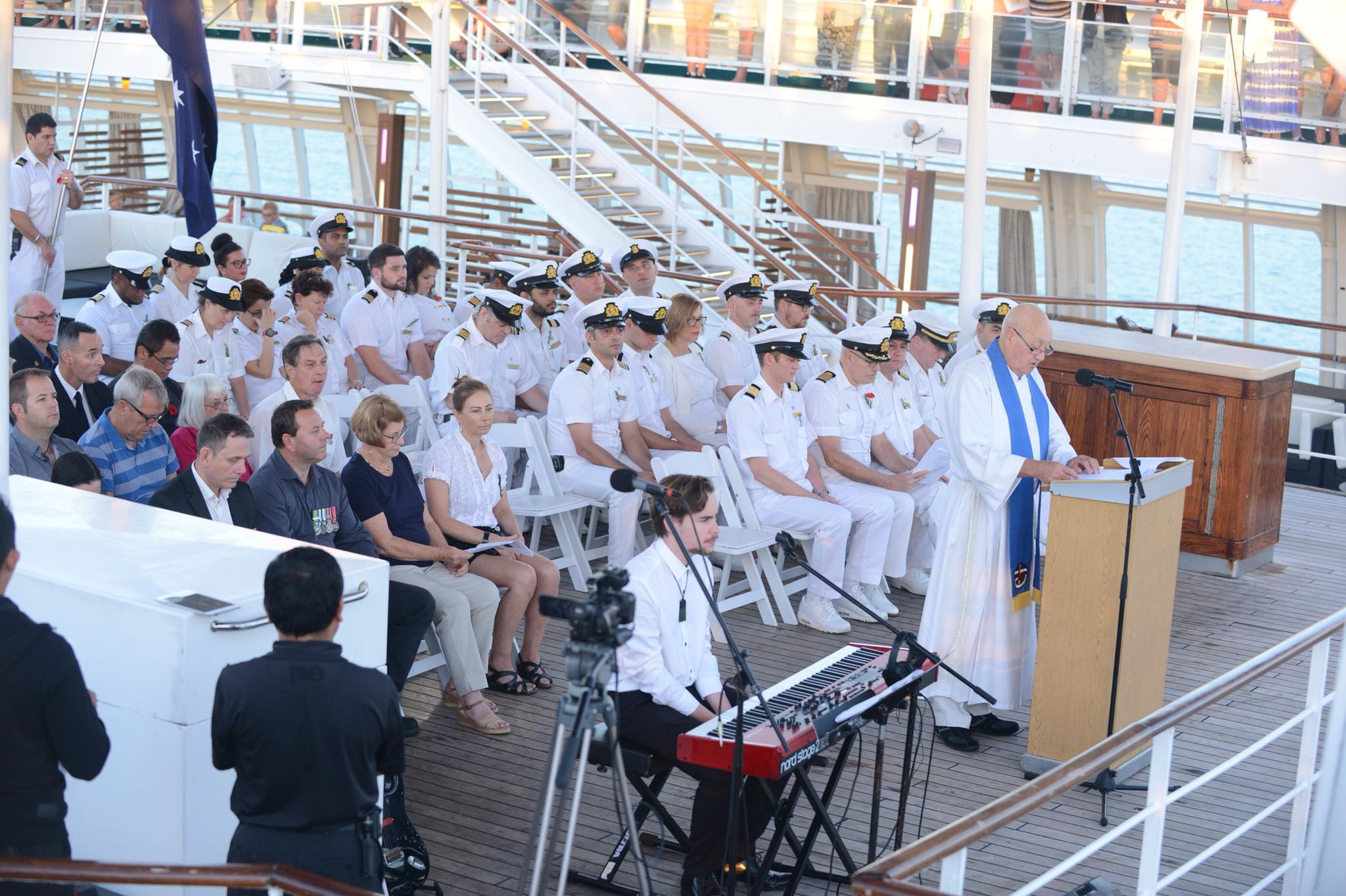 P&O Cruises Australia have now been conducting Dawn services across their five ship fleet for many years now, The Dawn Services will begin a day devoted to the Anzac legacy with special Australian and New Zealand displays with an Anzac theme, Anzac biscuits available on board throughout the day and two-up in a salute to the larrikin spirit of the original Diggers.

“Anzac Day is always a very special day on our P&O ships and our Australian and New Zealand guests look forward to participating in the poignant Dawn Services remembering the service and sacrifice of so many who gave their lives in the defence of freedom,” said P&O Cruises President Sture Myrmell. 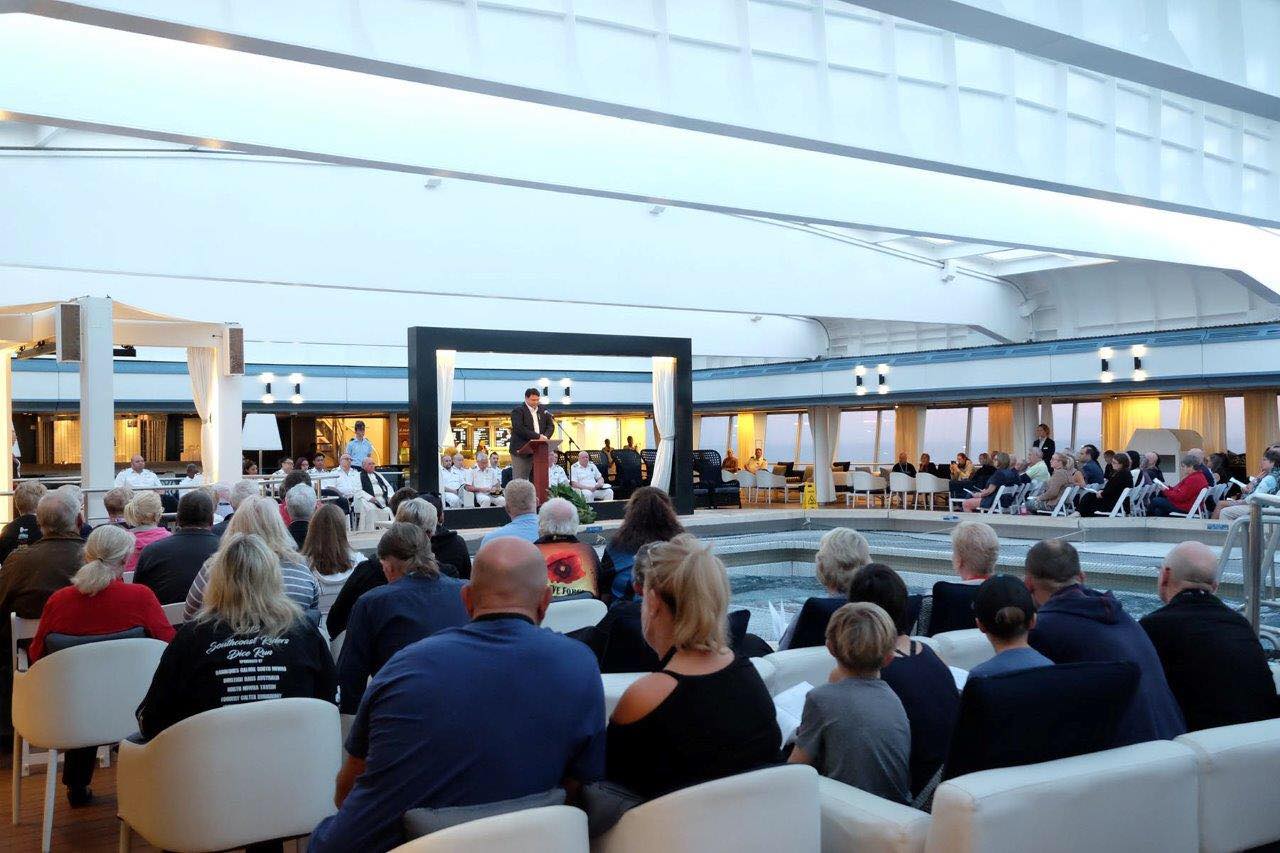 “It is always a particular honour to invite the veterans and currently serving members of the armed forces among our guests to play a central role during the on board commemoration of Anzac Day.

“The day makes the transition to a celebration of all things Australian and New Zealand that in its own way salutes those who have served to protect the freedom we enjoy.” 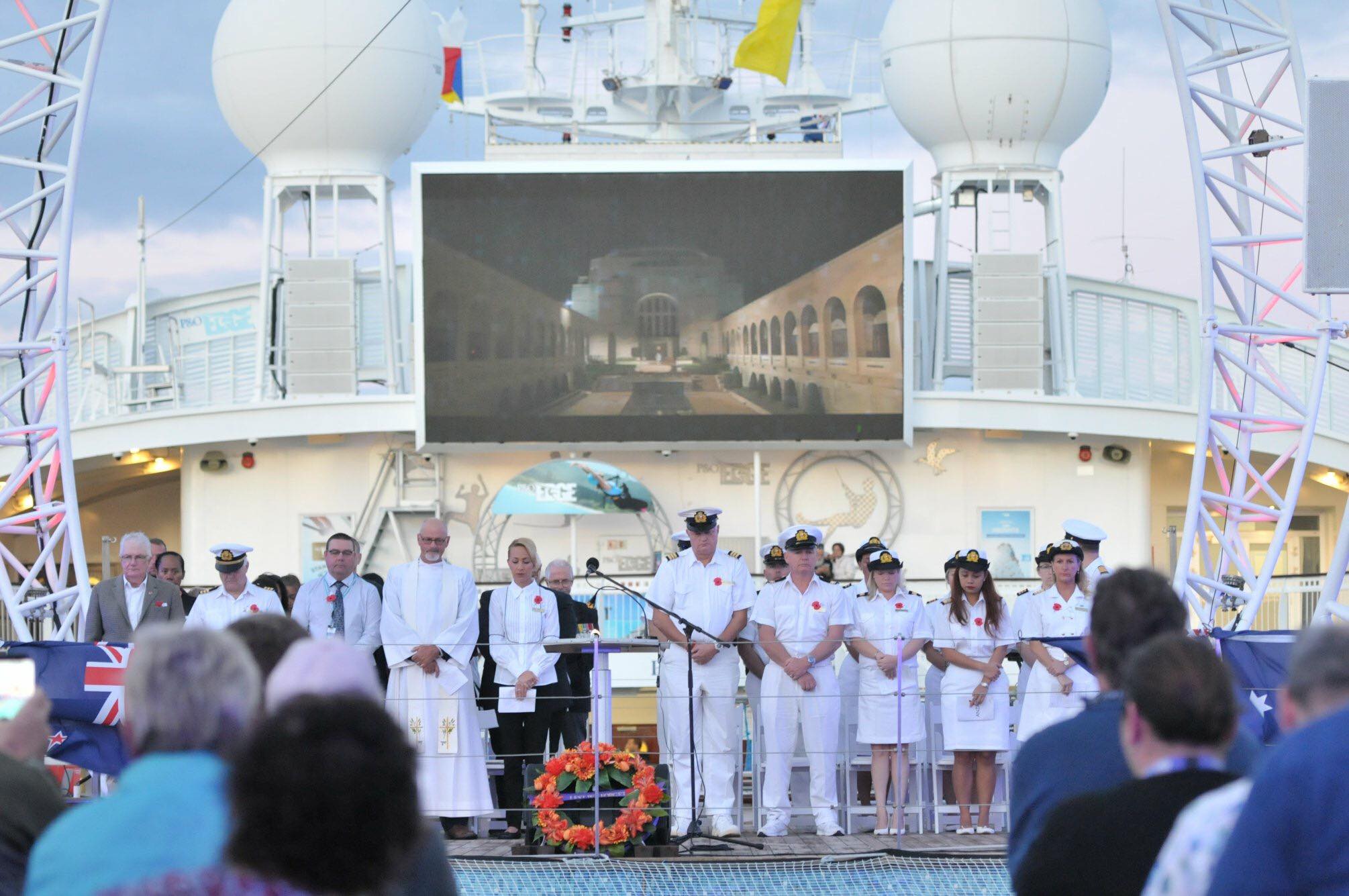 In an historic note, around two thirds of the then P&O fleet was called to war service during World War One with the loss of 85 ships belonging to P&O and its subsidiary companies.

During World War Two, the P&O group lost 156 ships including some of its then iconic line ships, Viceroy of India, Cathay, Oronsay and Orcades. 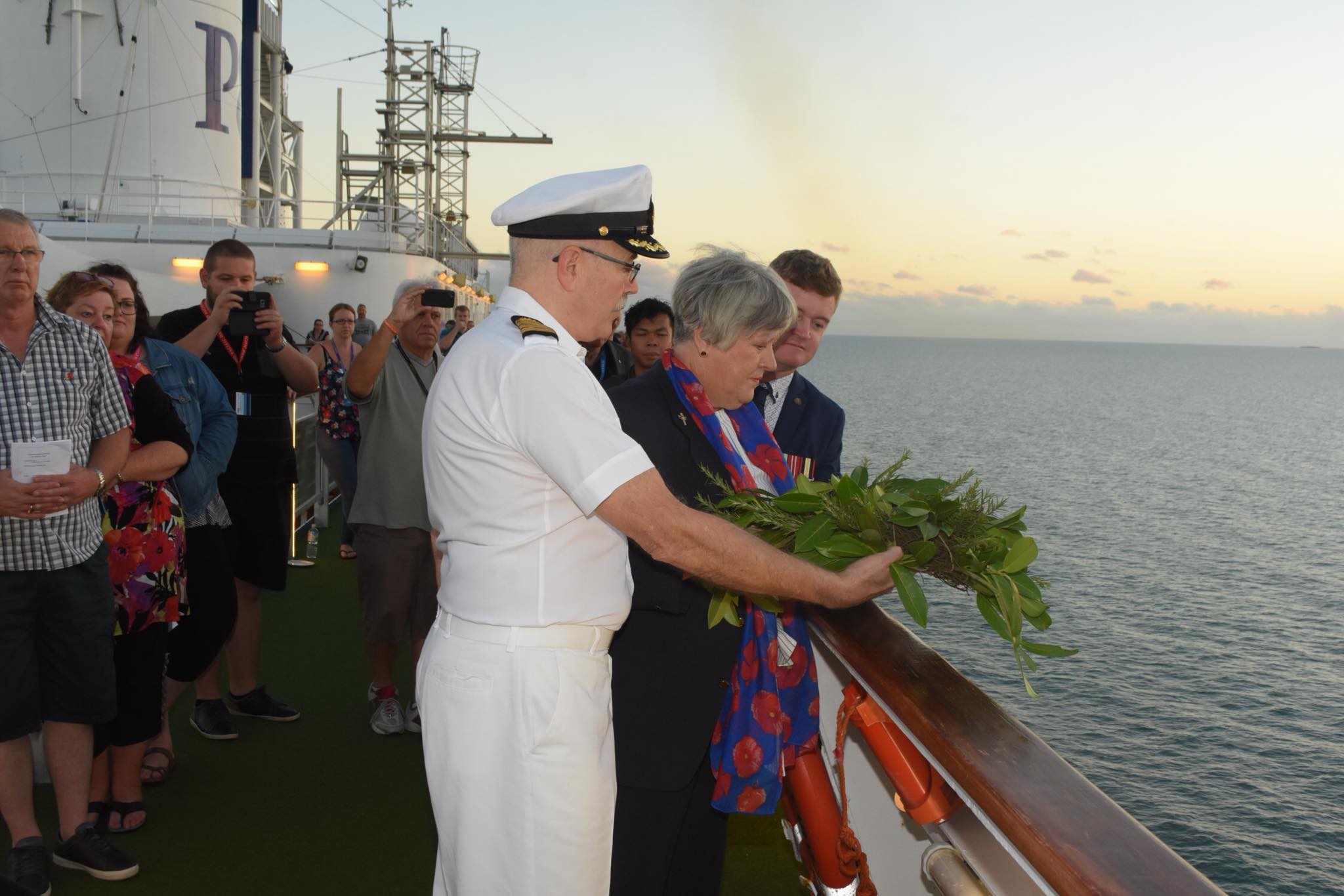 In the Falklands War, Canberra had a pivotal role carrying the Parachute Regiment and the Royal Marines on the 17,000km voyage to the Falklands before making a triumphant return to Southampton.

Information supplied by: www.australiancruisingnews.com.au The HOME Of Australian Cruising! And P&O Cruises Australia.