PACIFIC DAWN TO ADD NEW AND EXCITING FEATURES IN A BOOST FOR QUEENSLAND CRUISING !

Pacific Dawn To Add New And Exciting Fetures In A Boost For Queensland Cruising !

P&O Cruises has underlined its commitment to the Queensland cruise market, announcing a major multi-million dollar refit for its Brisbane-based ship Pacific Dawn which will include a new state-of-the-art waterpark. 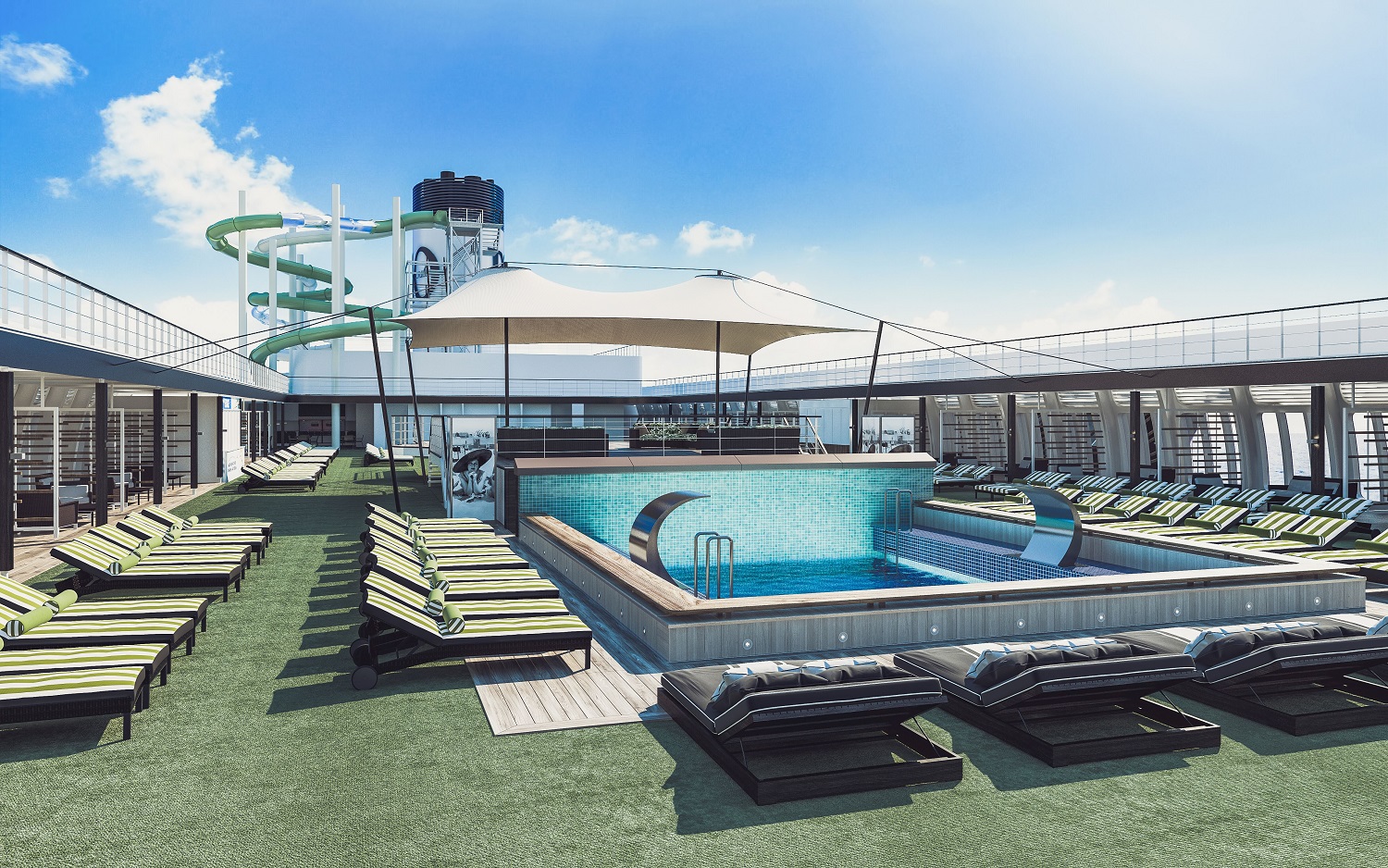 The 2000-guest ship will be refurbished in February 2017, emerging from its drydock with a stylish new look and a host of new features never before seen on a Queensland-based ship including a waterpark with two exhilarating waterslides and an interactive kids-only play area.

The Waterpark At Sea Kids Only Area. 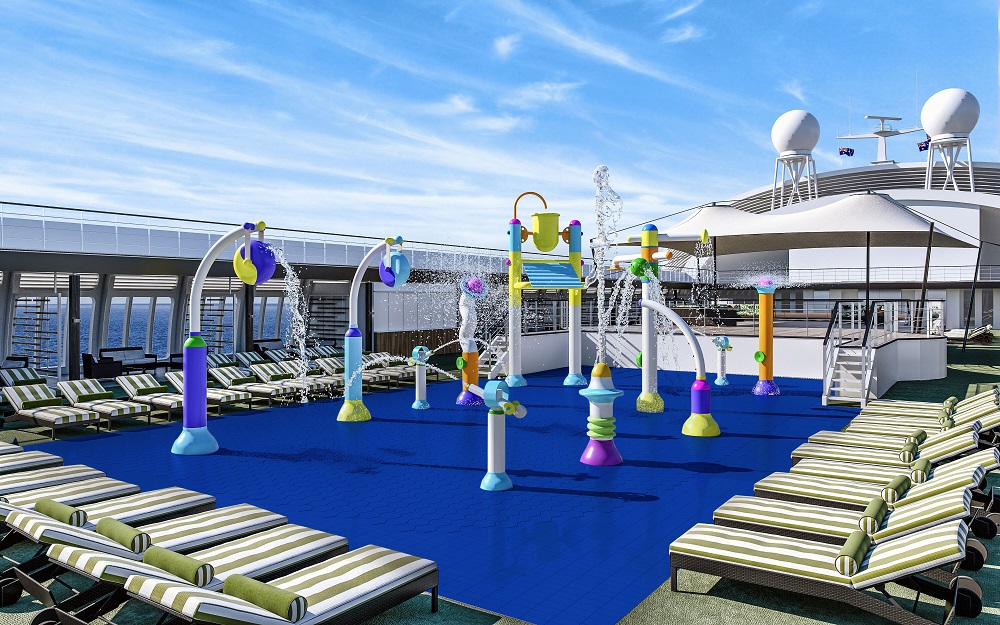 The refit comes as P&O prepares for its biggest year of Queensland cruising, with two ships sailing from Brisbane year round. Between them, Pacific Dawn and Pacific Aria will offer a record 108 cruises to holidaymakers in 2017 – up from 98 cruises this year.

Maintaining the cruise line’s reputation for innovation, the Brisbane-based superliner will emerge from its revamp with The Pantry, an international market place of fresh food outlets which will replace the traditional ship buffet. In addition to the tried and tested outlets that have made the dining concept hugely popular, Pacific Dawn’s Pantry will include a new Mediterranean-inspired offering called Nic and Toni’s. Also on offer will be the extremely popular poolside Grill, offering casual dining options. 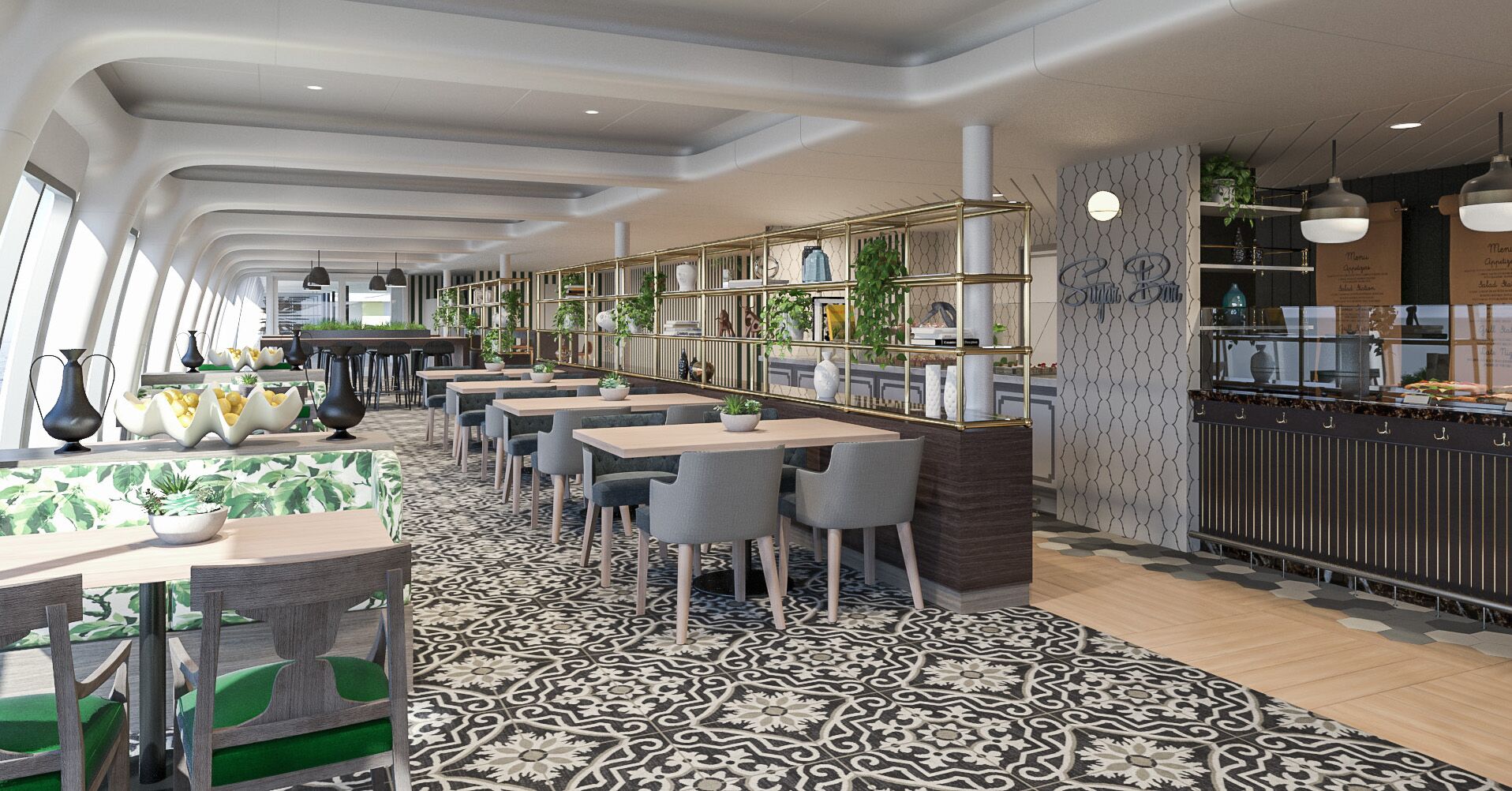 Several of Pacific Dawn’s public spaces will be redesigned to mirror the striking contemporary look which has become a trademark of the P&O fleet including the atrium, Charlie’s, The Orient and the Promenade Bar, which will be styled with similar décor to sister ships Pacific Aria and Pacific Eden. 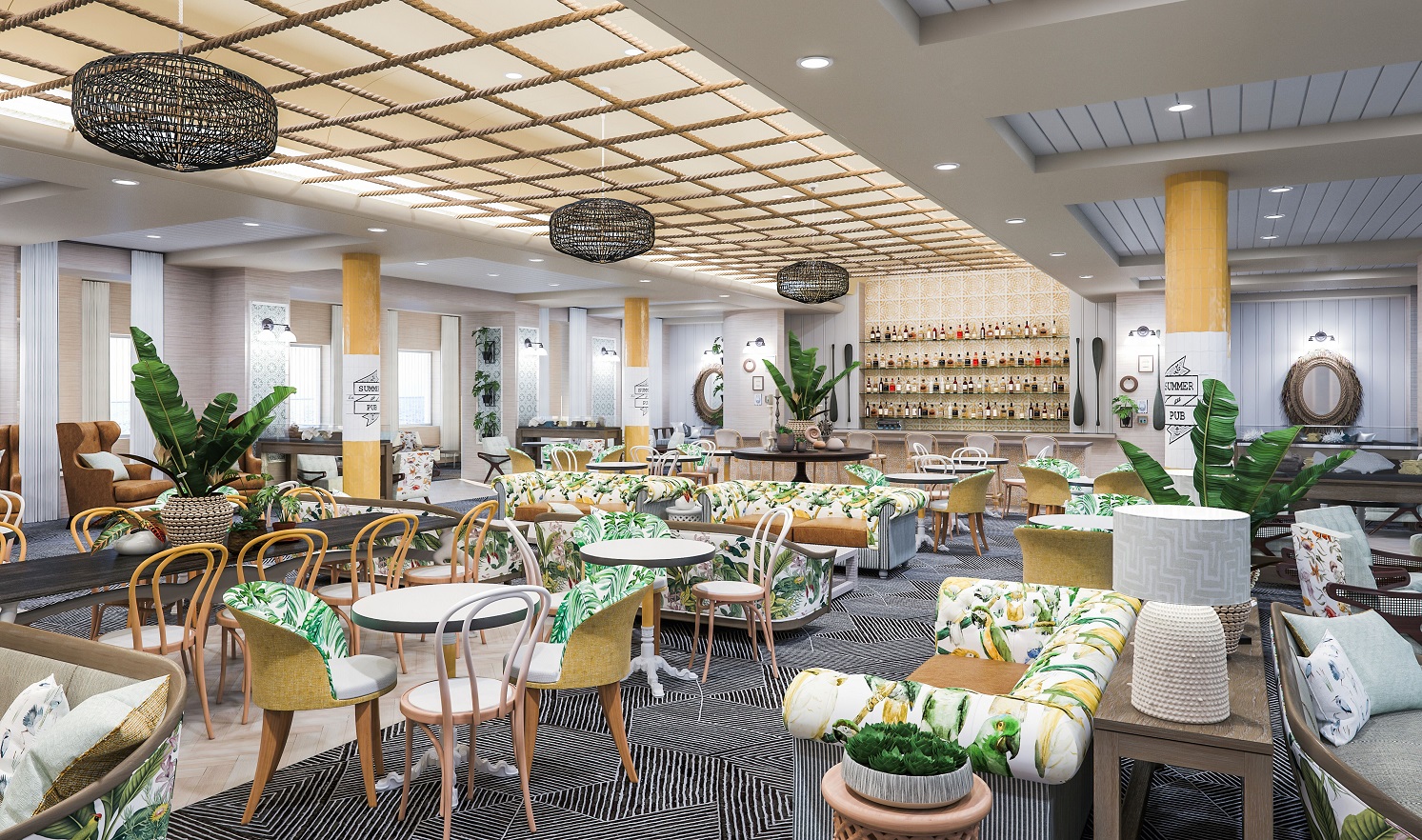 The Dome nightclub will be completely revamped and will offer more live music than ever before, as well as a sophisticated new design. The Orient will take on a new summer pub vibe and the Promenade Bar will be transformed into the perfect venue to enjoy a delicious cocktail with friends while listening to live music. 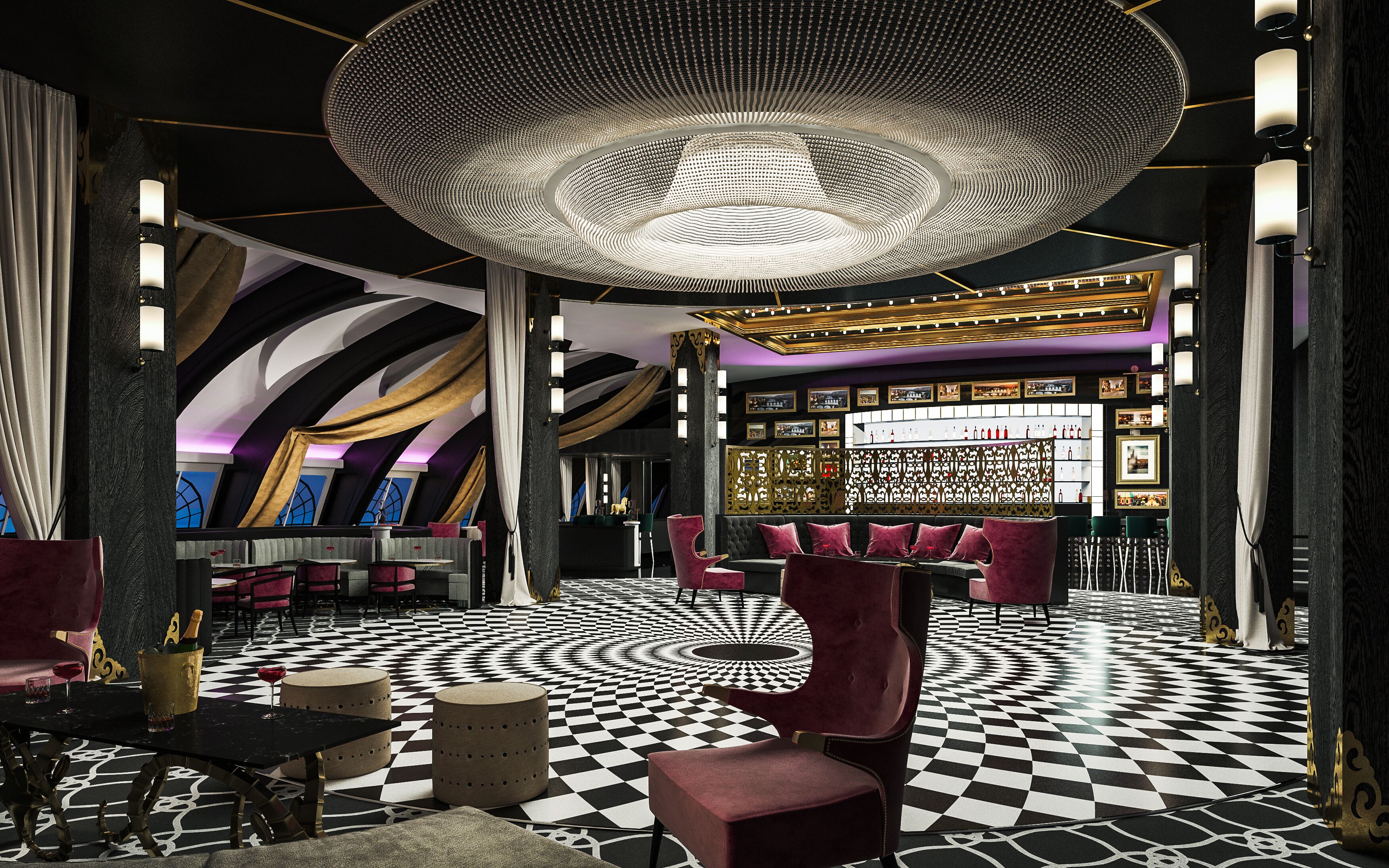 P&O Cruises President Sture Myrmell said the refurbishment would kick off a big year for the cruise line in Queensland.

“With the new waterpark, dining options and a refreshed interior design, we’re creating a great new look for Pacific Dawn which will combine some fun innovations with the winning features of our existing ships,” Mr Myrmell said.

“There’s no question that Queenslanders love holidaying at sea with P&O, so we’re very excited that our Brisbane guests will soon be able to enjoy a stylish new look Pacific Dawn as part of their cruise holiday experience, alongside one of our latest ships, Pacific Aria.” 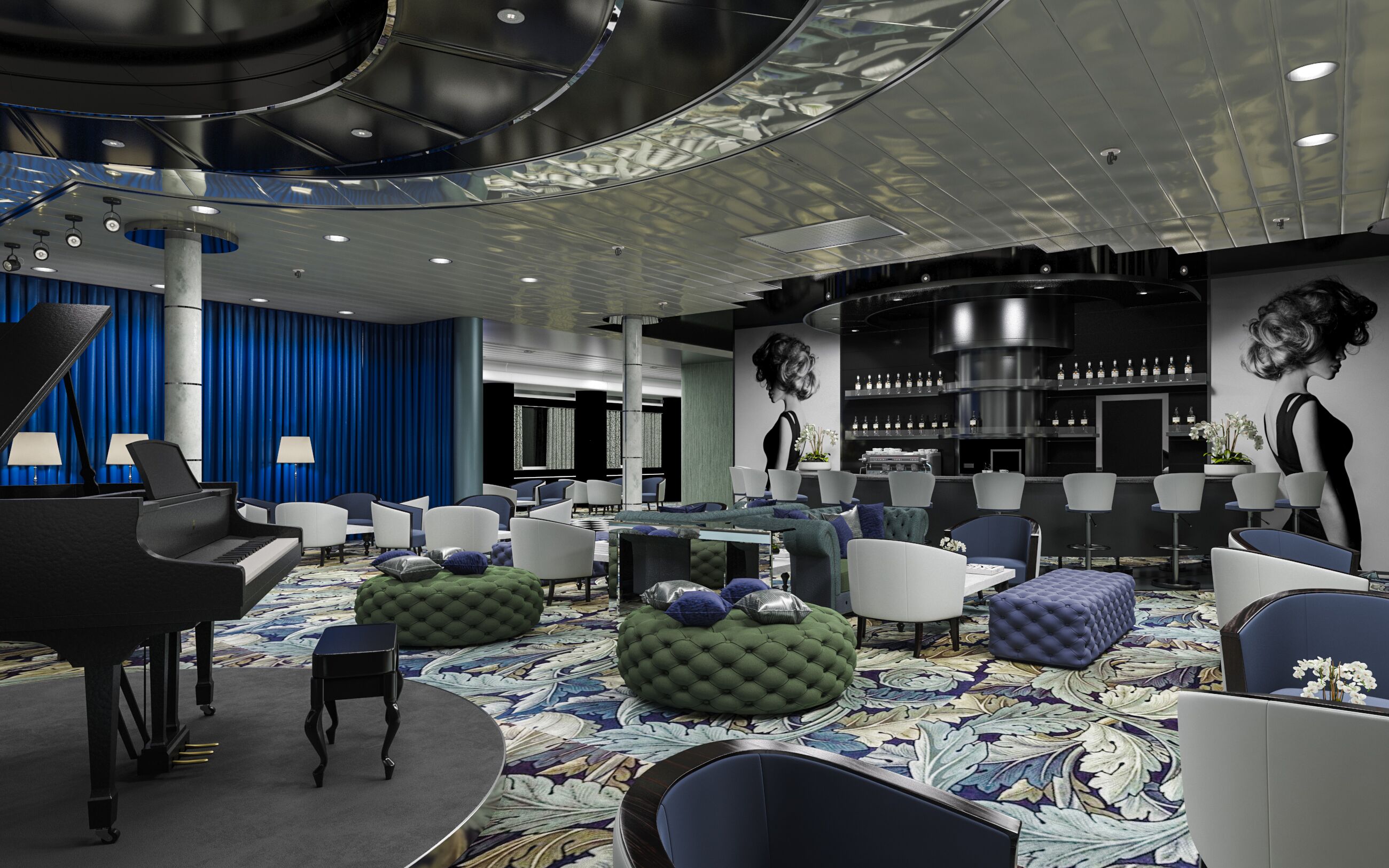 P&O’s increased presence in Queensland follows the impressive growth in the number of passengers cruising from Brisbane since P&O became the first cruise line to base a ship in the city in 2004. Latest industry statistics show that Queensland leads Australia in terms of cruising growth with the State’s passenger numbers rising almost 30 per cent to 282,000 in 2015.

Holidaymakers will be able to enjoy Pacific Dawn’s new features from March 2017. Cruises include a seven-night South Pacific itinerary departing Brisbane on May 13, 2017, priced from $849* per person quad share.