Posted by brian on Monday, 11 January 2016 in Cruising News

The 55,820-tonne Pacific Eden turned heads when she docked in Eden’s harbour on Sunday morning with her 1500 guests spending the day exploring the picturesque New South Wales’ Sapphire Coast town on tours that visited the Killer Whale Museum as well as local oyster farms and the thriving coastal art scene.

“Pacific Eden is a beautiful ship and Eden is a beautiful coastal town – this maiden visit was a match made in heaven. In addition to the Sapphire Coast’s many attractions, Eden has the only deep water harbour between Sydney and Melbourne, making it an ideal cruise destination for our increasingly popular short break cruises and regional itineraries,” Mr Myrmell said. 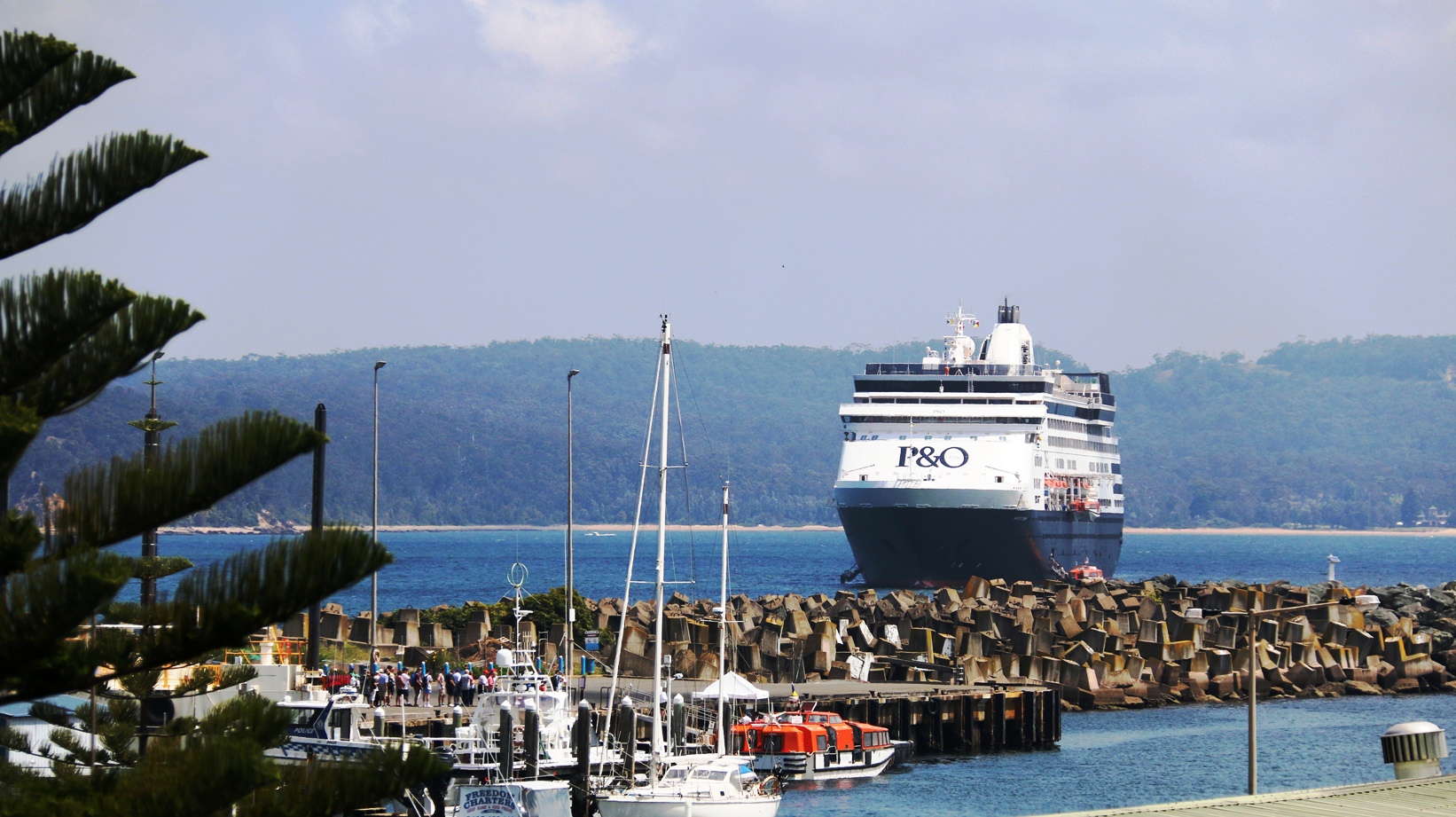 “In this case, it was a particularly nice synergy for our ship which shares the town’s name – we’re sure the Eden community will embrace our Eden as one of their own as she becomes a familiar figure in the harbour in the coming months.”

The visit marks the first cruise call of the year for Eden with Pacific Eden set to make two more visits in the coming months (February 2 and March 13).

The Eden call was the first stop on an eight-night roundtrip Sydney itinerary which visits only regional towns. After Eden, Pacific Eden is scheduled to make her maiden call to Mornington (January 12) and Portland (January 13) before calling at Kangaroo Island and returning to Sydney.