Posted by brian on Sunday, 23 April 2017 in Cruising News

ROYAL CARIBBEAN CELEBRATES THE END TO IT'S BIGGEST EVER AUSTRALIAN SEASON IN STYLE !

Royal Caribbean Celebrates The End To It's BIGGEST Ever Australian Season In Style !

WOW what a spectacular #endofseason party it was for Royal Caribbean International in the heart of Sydney last night!

It was the night to celebrate the BIGGEST ever cruise season by Royal Caribbean International at the Hacienda Bar in Circular Quay.

The venue was stunning with relaxed soft furnishings with a luxurious vibe! This was followed by champagne that was flowing with exuberance, great conversation was to be had and the stories of how Royal Caribbean’s BIGGEST season ever started to unfold.

Guests who attended the event by invite were asked to come in their finest tropical outfits, and it was great to see the effort made by those who attended. 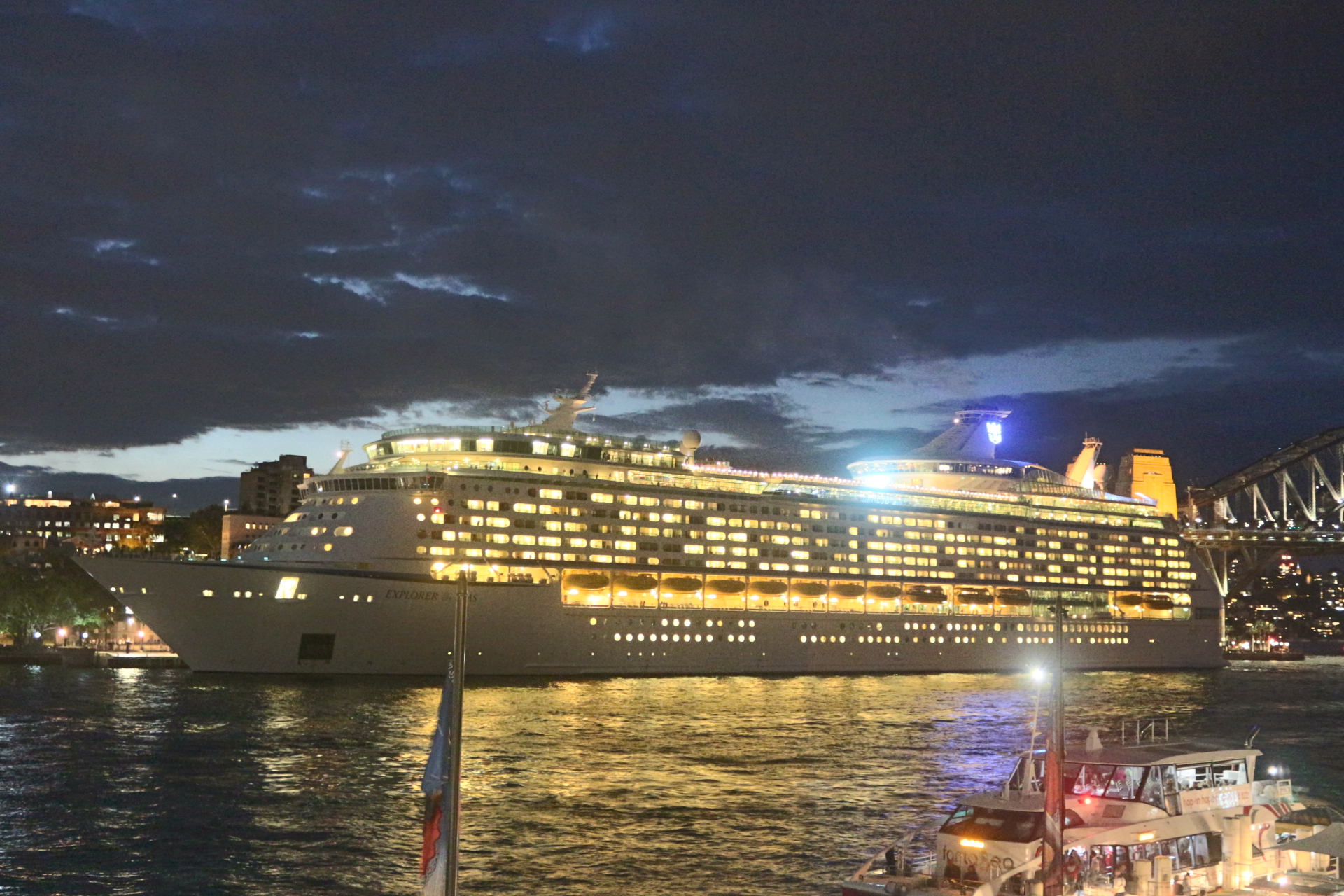 The superb food and drink was coming thick and fast! Pina coladas greeted us on arrival. There was a buzz in the room and in the air with a DJ playing and everyone’s much anticipated departure of Explorer Of The Seas from the Overseas Passenger Terminal bound for Seattle.

In what was a wonderful evening with a large representation from the Royal Caribbean International team in Australia, travel agents and media partners which Cruise The Seas Media [ www.australiancruisingnews.com.au ] are proud to be a part of. 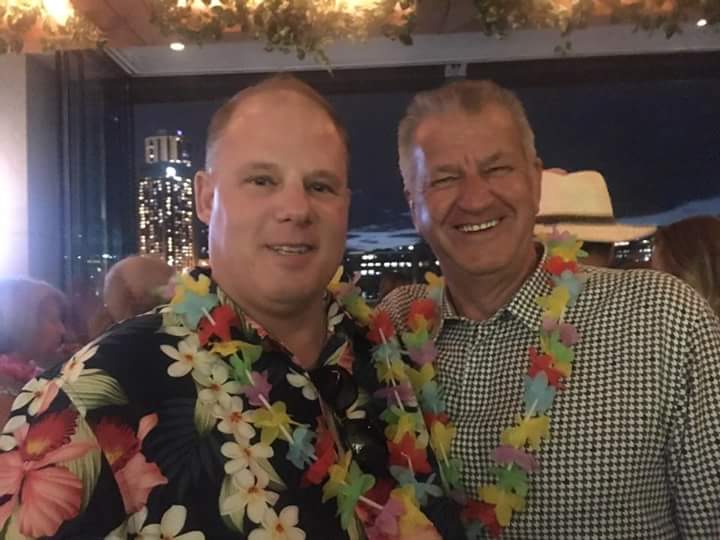 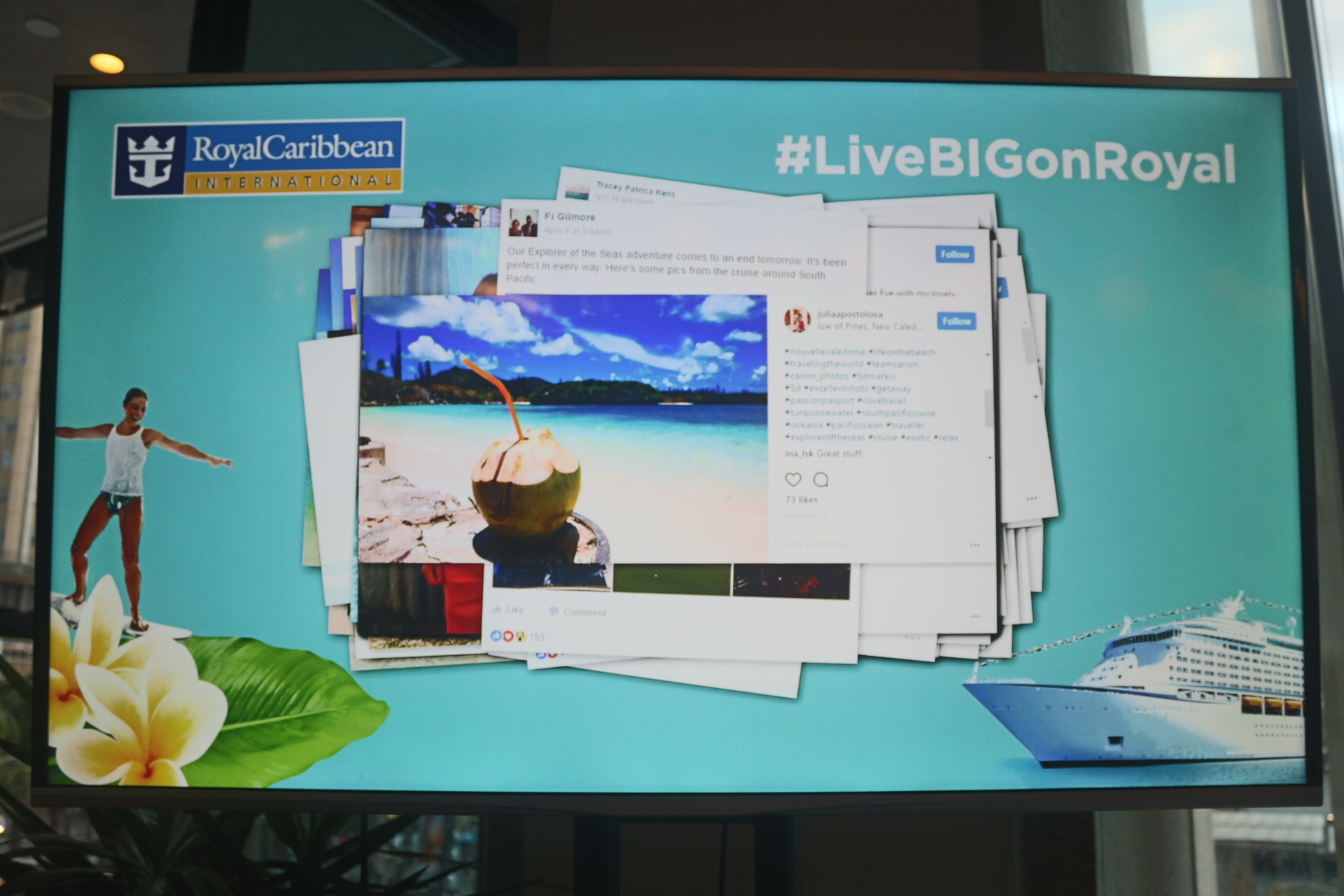 Explorer of the Seas is the second largest cruise ship to be homeported in Sydney, only surpassed by the BIGGER [Ovation Of The Seas] sailed off on her repositioning cruise to Seattle via Hawaii with mixture of 3,500 Australians and New Zealanders heading for Alaska where she will be based before heading back to Australia.

Explorer Of The Seas is one of Australia’s much loved favourites, and she carried a record 71,000 guests while completing her second Australian cruising season.

“It has been our biggest season to date,” said Adam Armstrong, Royal Caribbean’s managing director for Australia and New Zealand.

During the course of Royal Caribbean’s Australian cruising season the cruise line completed 94 cruises and “we are heading towards the magical 100 mark”, said Mr Armstrong. 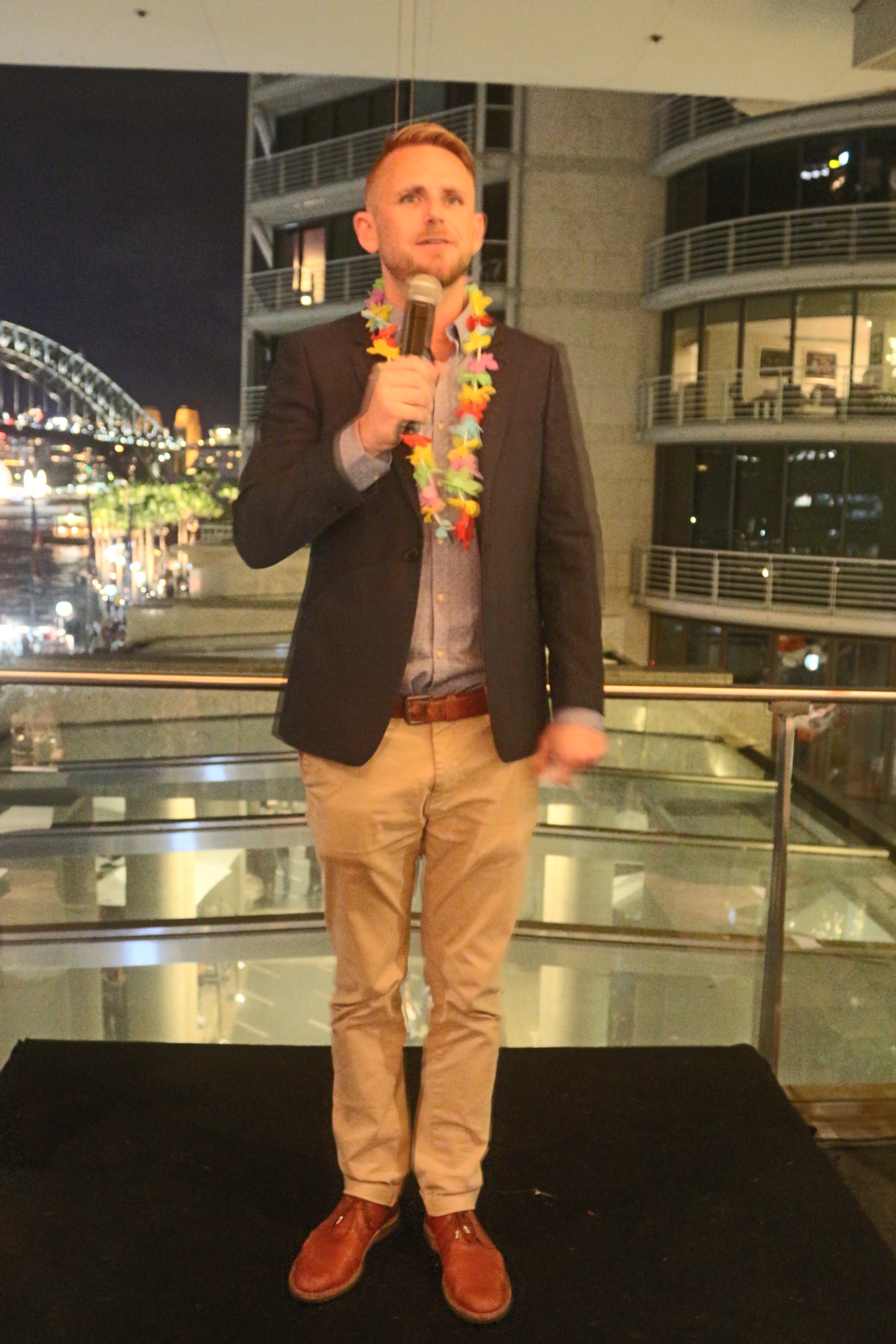 It is also worth noting that Royal Caribbean International has contributed $200 million towards the Australian economy.” Which is an outstanding result.

There were two new ships that joined the Royal Caribbean fleet this year, we had the stunning Azamara Journey which is a smaller more intimate ship and has the capacity to cater to 600 guests, we also had the larger Ovation of the Seas, the Newest and the Biggest cruise ship to cater to 6000 guests to be homeported Australia and is next year coming back for an even longer season. 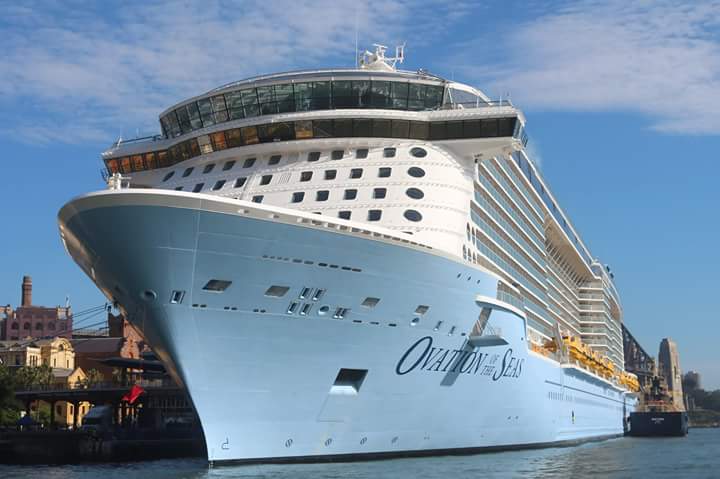 The cruise lines itineraries and what’s new for 2018-19 is about to be published.

Mr Armstrong said the growth of the Australian cruise market made it easier to fill the ships that are in the Royal Caribbean fleet. 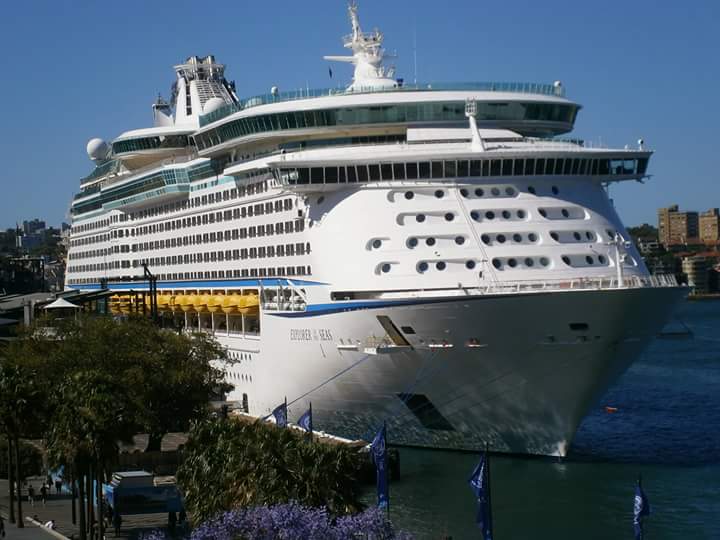 Both Explorer and Voyager Of The Seas arrive into Sydney with 3000- 3500 guests then load up with 3000-3500 more and just take off again it all seems so effortless. When we first brought Voyager and Explorer Of The Seas to Sydney we were wondering if we could fill them!

There are new ships being built at the moment for both Royal Caribbean and Celebrity Cruises the first new Celebrity ship in 10 years to have the build name Celebrity Edge, she might come to Sydney one day, there will be NO announcements on that tonight Mr Armstrong joking said. 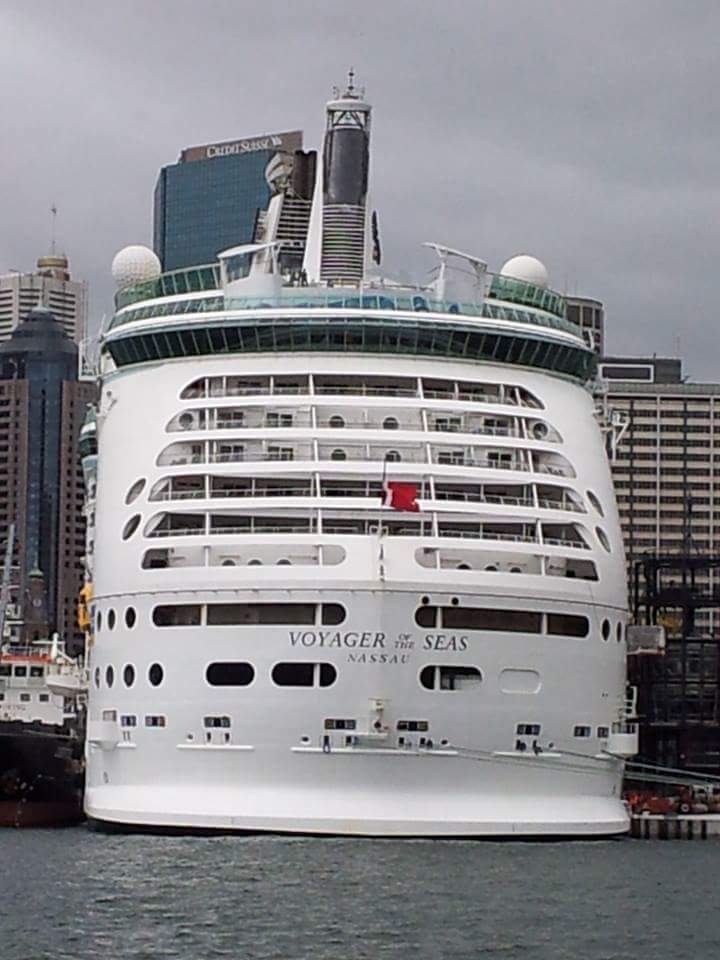 When Cruise The Seas Media [www.australiancruisingnews.com.au ] approached Adam Armstrong last night and asked the question on everyone’s lips, will there be a Royal Caribbean Cruise Line ship homeported in Sydney all year round, he said that there were no plans at all for Royal Caribbean to homeport a ship during the winter season sighting that ships can be sent to Alaska and China for a higher yield.

Mr Armstrong was quoted as saying that the per day cost in Australia during the winter season is as low as $50 AUD per day per passenger by P&O Cruises Australia and Carnival Cruise Line thus why sending ships to Alaska and China makes better sense in monitory terms. 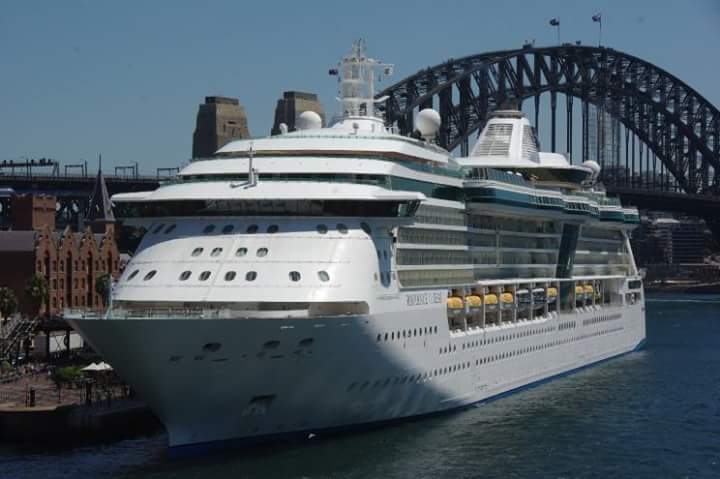 Cruise The Seas Media [www.australiancruisingnews.com.au ] would like to thank Adam Armstrong and his team, special mention to [Anna Bathgate] and all those involved including the wonderful team at The D'Arcy Partnership special mention to [Harriet Gilmore] for inviting my partner and I to this wonderful event.