Posted by brian on Wednesday, 25 May 2016 in Cruising News

As P&O Cruises prepares to base its first ship in Cairns, the cruise line has announced it will get behind the city’s honorary footy team – the South Sydney Rabbitohs – during their annual home game in the Far North.

The cruise line will be the official game day sponsor when the Rabbitohs take on the North Queensland Cowboys at Barlow Park in Cairns on Sunday July 3, with punters set to be treated to a cruisey half-time show which will include the chance to win a holiday at sea with P&O.

The move is the first time the cruise line has sponsored a league fixture and further broadens P&O’s partnership with the NRL. The cruise line was the first to screen live games at sea and this year offered cruises to the NRL Auckland Nines and the State of Origin.

P&O’s inaugural Cairns season follows the cruise line’s expansion to a five-ship fleet last year, which has enabled it to increase its homeport offerings and introduce Cairns as its first regional port.

“Just as the Rabbitohs have embraced their tropical home, we’re thrilled to be getting involved with the Cairns community before our first local cruise season kicks off in September,” Mr Myrmell said. 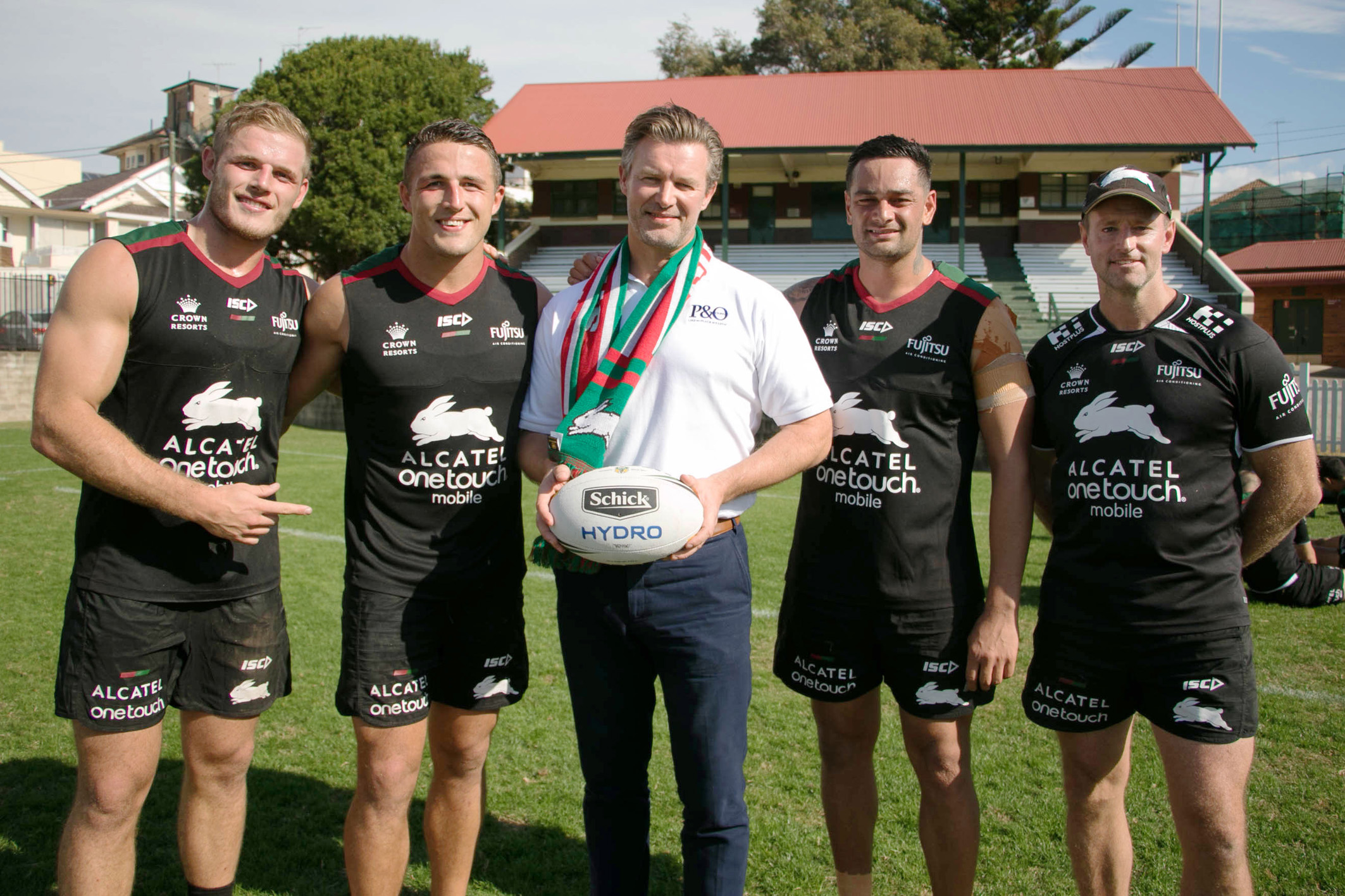 Rabbitohs CEO Blake Solly said the team was looking forward to heading to Cairns for the round 17 fixture against the Cowboys.

“As a Club we look forward to heading north to Cairns each season and we want to thank P&O for coming on board with us to make this game day that much more special,” Mr Solly said.

“We always enjoy great support in Cairns, and I’m sure the Cowboys will have a lot of supporters in Far North Queensland as well, so it’s shaping as a wonderful game day experience. With P&O jumping on board for this game, we can partner with them to provide our members and supporters with a fantastic prize as part of our half time entertainment, and we can highlight the fact that P&O will be offering from Cairns.”

The 1500-guest Pacific Eden will offer nine cruises from Cairns between September and December to destinations including Papua New Guinea, the Pacific Islands and the Whitsundays. Her inaugural Cairns season will inject more than $8 million into the local economy in passenger and crew spending, supplies and port charges. Pacific Eden will return to Cairns in 2017, offering a further 10 cruises.

Forging a new direction for the cruise industry, Pacific Eden and Pacific Aria take local cruising to the next level with a stunning design which reflects the contemporary style of modern Australia, while capturing the relaxed and sometimes cheeky spirit Australians are known for.