Posted by brian on Monday, 25 April 2016 in Cruising News

Anzac Day has be marked on all five ships in the P&O Cruises’ fleet with Dawn Services held on each ship including a stirring and emotional rendition of the Last Post, the traditional observance of a minute’s silence and the casting of a wreath of remembrance on the sea. It is great to see the crew, staff and veterans who were on board along with fellow passengers unite together for this very special occasion.

* Pacific Dawn will be at Pentecost Island in Vanuatu

* Pacific Eden will be on turnaround in Fremantle 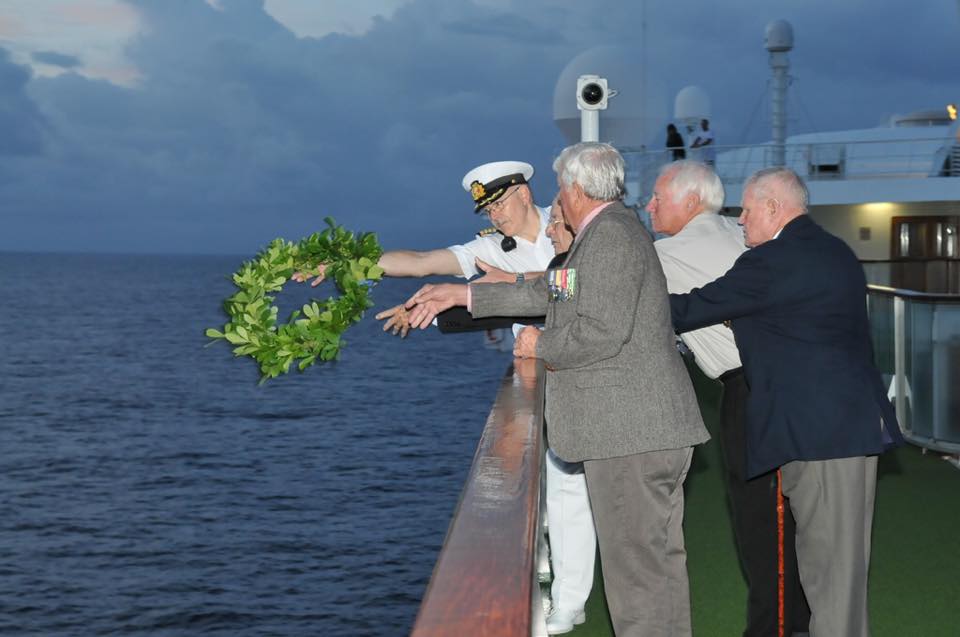 During the day, activities on all five P&O ships will have a distinctive Australian and New Zealand theme with Anzac biscuits baked onboard, Anzac themed cake displays at the entrance to the main Waterfront dining rooms and special showing of movies, Gallipoli and the Water Diviner. 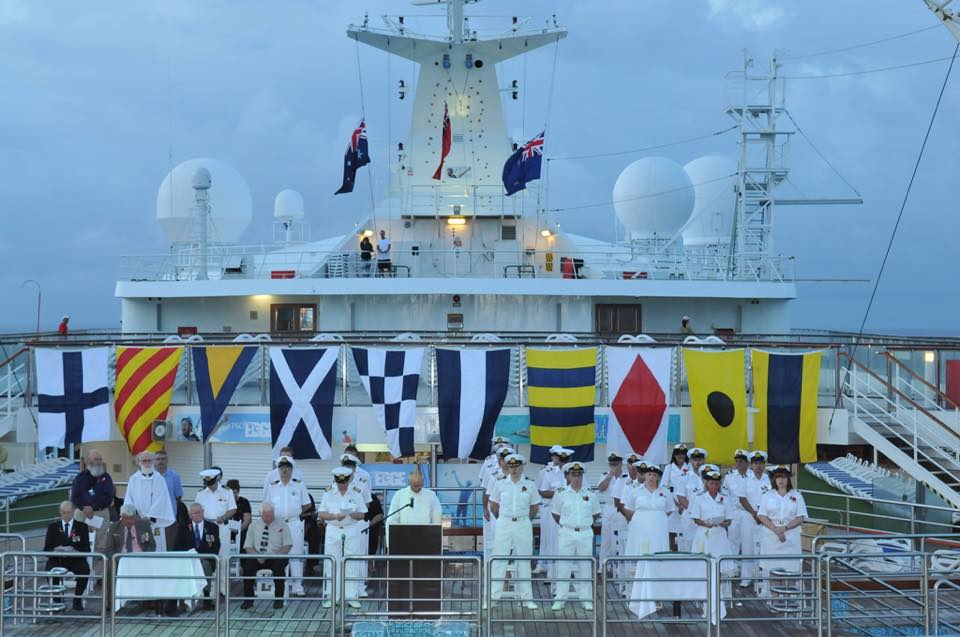 P&O’s heritage includes a strong wartime contribution, with the ships of its sister line P&O Cruises in the UK called up for service in both World Wars. Most recently, the former liner Canberra famously served as a troopship in the Falkland Islands conflict in 1982. 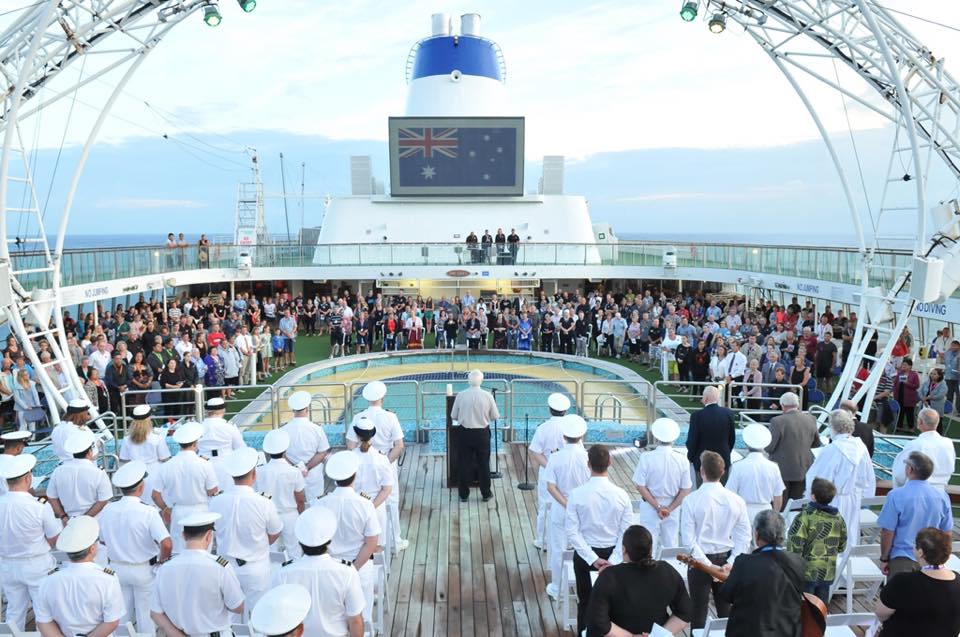