Mr MacLeod has now served as the cruise line’s celebrity ambassador for three decades, exclusively promoting the premium cruise line to millions of consumers through thousands of media interviews, public appearances, travel industry conferences and onboard the Princess Cruises’ fleet, proudly sharing the joys of cruising.

During the festivities it was revealed that Mr MacLeod will continue his ambassador duties for Princess with an upcoming role as celebrity judge on the newest onboard entertainment offering, “The Voice of the Ocean.”  The show is based on the excitement and spectacle of TV’s wildly popular international singing competition and is brought to life throughout the cruise with auditions, mentor rehearsal sessions, the iconic “I Want You” chairs, three charismatic team coaches and ultimately a live finale performance where guests choose the winner. 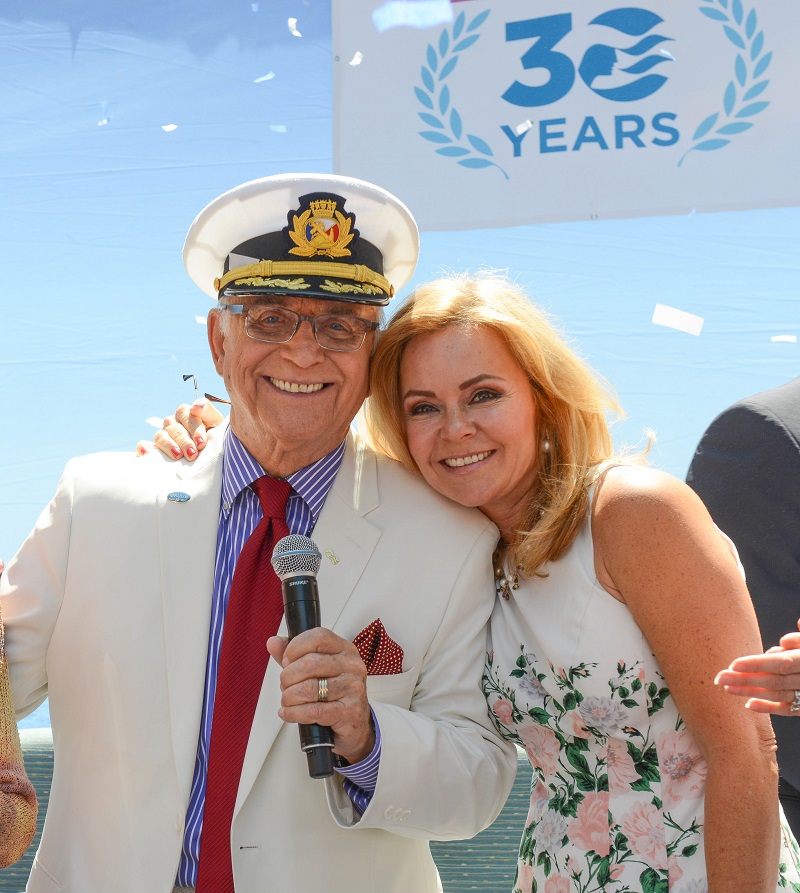 Princess Cruises Vice President Australia & New Zealand Stuart Allison said Gavin was a well-known and much-loved identity throughout the world, including in Australia where his appearances have always proved popular.

Princess is proud to honour Gavin MacLeod as our beloved global ambassador and we treasure the impact he’s had on not only Princess Cruises but the entire industry over the last 30 years,” Mr Allison said. “In this role, Gavin has truly touched millions of people and we were thrilled to have him here celebrating with our guests during some very special wedding renewal ceremonies in Sydney and Auckland on his Love Tour during Valentine's Week.”

From 1977-1986, Mr MacLeod won the hearts of millions of viewers playing everyone’s favourite cruise ship captain on “The Love Boat,” as Princess Cruises served as the backdrop for what became one of the highest-rated primetime television shows in history. The show has been widely credited with introducing millions of viewers to contemporary cruise holidays sparking a dramatic expansion of the industry.

“I am deeply humbled by this occasion marking my 30th year serving as global ambassador for Princess Cruises,” Mr MacLeod said. “Promoting Princess has truly been one of the highlights of my life. People still come up to me and tell me that ‘The Love Boat’ gave them something to dream about and now all these years later, cruising is a reality for millions and the growth of the industry just proves that dreams really do come true.”