Posted by brian on Tuesday, 09 February 2016 in Cruising News

LE SOLEAL, BRINGING SEXY BACK TO THE HARBOUR WITH INAUGURAL VISIT TO SYDNEY.

On Saturday 13 February, Sydney-siders will be able to see the arrival of one of the world’s youngest fleet of luxury expedition ships - French flagged PONANT ship, Le Soleal.

Looking like a super yacht fresh from Monaco, Le Soleal makes her inaugural arrival in Sydney, arriving from Auckland with 200 passengers.

At just 142 metres in length she represents the epitome of luxurious expedition cruising. Compact - dwarfed by the mega thousand passenger cruise ships that frequent the harbour - she appears more private yacht than cruise ship.

Berthing at around 10.00am, Le Soleal will provide a touch of French glamour to Circular Quay, the perfect venue for observers to take in her modern designer lines.

Le Soleal represents the latest in nautical design, a step forward and away from the traditional brass and glass of older ships, her swooping exterior hides innovative stylish interiors created by French designer Jean-Philippe Nuel.

More than a pretty face, Le Soleal, launched in June 2013, has an ice rated hull and is regularly seen in both the Arctic and Antarctic carrying her 200 or so guests to rarely seen and extraordinary destinations. One month ago she was exploring the Sub Antarctic Islands, including Australia’s own World Heritage rated Macquarie Island. Equally at home in tropical climes, from Australia she heads north to the tropical islands of Indonesia and then on to Asia. 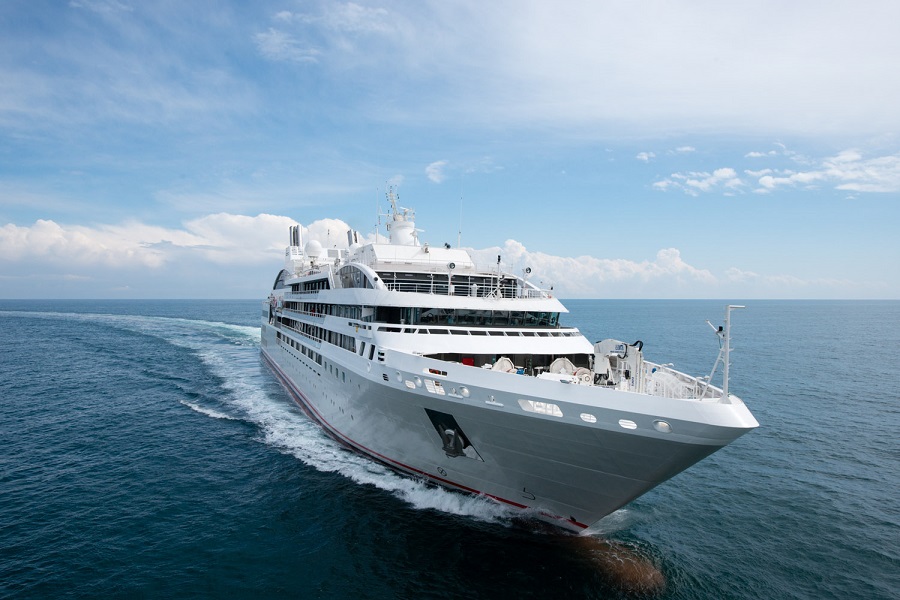 Created in 1988, PONANT specialises in luxury cruising aboard its fleet of intimate yacht-style vessels (32 to 122 staterooms) embodying a lifestyle “à la française.”

These elegant, small-capacity ships offer chic luxury and expedition cruising without the crowds, being small enough to reach ports that are inaccessible to bigger ships with destinations in Antarctica, Alaska & the Arctic, the Caribbean, Central & South America, the Mediterranean, Northern Europe & the Baltic, West Africa, Asia, Melanesia, Australia, New Zealand and the Pacific.