Posted by brian on Wednesday, 13 January 2016 in Cruising News

AGE OF DESCOVERY : A COCKTAIL COLLABORATION FROM CUNARD, THE SAVOY AND JACK DANIEL'S.

Age of Discovery: A Cocktail Collaboration From Cunard, The Savoy And Jack Daniel’s.

Cocktails on the deck will take on a new meaning onboard Cunard’s Queen Mary 2 during her current Age of Discovery World Voyage which will see the flagship visit Australia in March.

The liner will be carrying a 300-litre barrel of a specially created cocktail on its open decks, following a collaboration between three of the world’s most highly acclaimed brands: Cunard, The Savoy Hotel and Jack Daniel’s Tennessee Whiskey.

The Age of Discovery cocktail was created by the team at the world-famous Savoy Beaufort Bar and influenced by the tastes and aromas of the continents that Queen Mary 2 will visit on her voyage, from Europe to Asia, Africa, the Americas and Oceania. 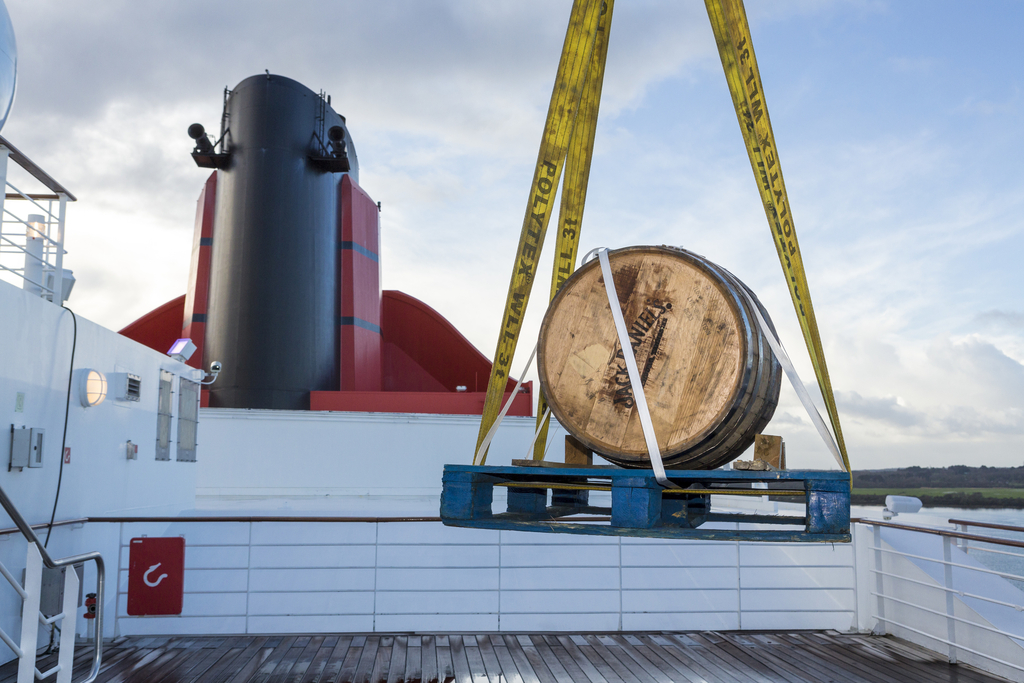 The cocktail will mature in a hand-chosen Jack Daniel’s first fill American oak Single Barrel which was hoisted by crane onto Queen Mary 2 last weekend (January 10) in Southampton and installed on her decks for the 41,000 nautical mile, four-month voyage.

As Queen Mary 2 visits 39 ports in 27 countries, the barrel will be exposed to varied elements and climates that will influence the final result. Prevailing temperatures, humidity and sunlight, as well as more inclement conditions, will combine to produce this truly unique barrel-aged cocktail.

The progress of Age of Discovery will be charted via social media throughout its passage across the oceans, and will appear in the world’s most iconic ports and cities. The barrel will have its own log book. 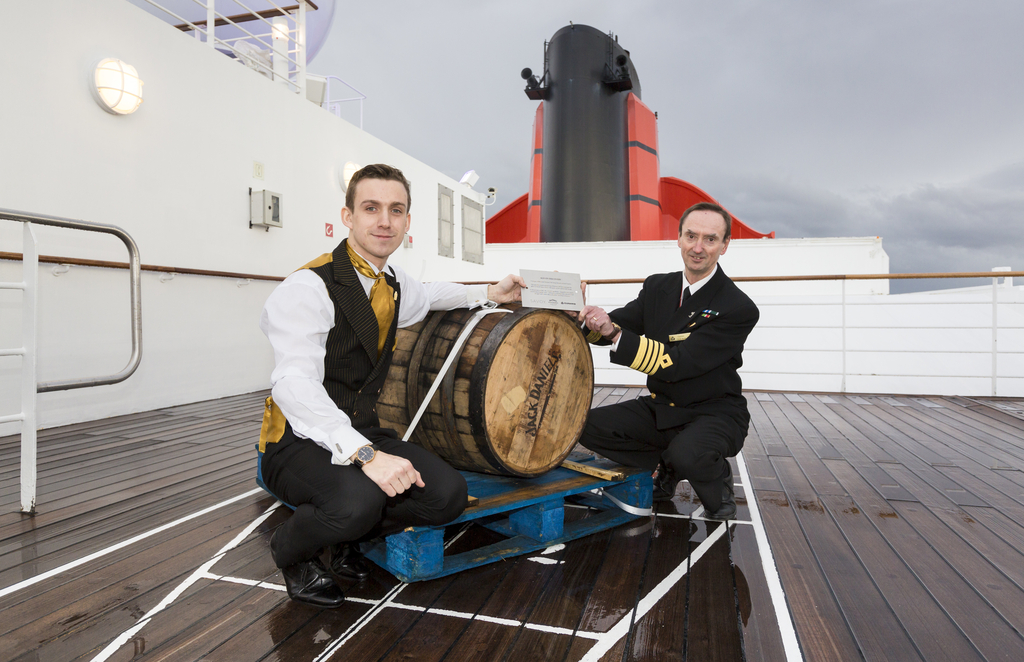 When Queen Mary 2 returns to Southampton on May 10, 2016, the barrel will be ceremoniously unloaded and will travel to the specially-commissioned Houston Bottling & Co Pack plant in West Dunbartonshire.

It is estimated that the unique barrel will yield a minimum of 250 litres of Age of Discovery, which will become the latest in The Savoy Collection; one of the world's most prestigious and unique collections of one-of-a-kind spirits and liquids.

Meanwhile guests onboard Queen Mary 2’s world voyage will be able to sample a non-aged version of the cocktail.

A video on the creation of the cocktail is available here: https://youtu.be/PjyY9BCRJzw