Posted by brian on Thursday, 31 December 2015 in Cruising News

CARNIVAL CORPORATION SET TO BUILD FOUR CRUISE SHIPS INCLUDING ONE FOR P&O CRUISES AUSTRALIA, TO BE DELIVERED BETWEEN 2016-2020.

Carnival Corporation to Build Four Cruise Ships as Part of Memo of Agreement With Fincantieri S.p.A.

The world's largest travel and leisure company, today announced that it has signed a memo of agreement with Italian shipbuilder Fincantieri S.p.A. to build four new cruise ships with final contracts expected to be executed in 2016. Two of the four new ships will be built for Costa Asia for deployment in China, and one will be built each for P&O Cruises Australia and Princess Cruises. With the new agreement, Carnival Corporation has 17 new ships scheduled to be delivered between 2016 and 2020.

The four new ships will be built by one of the world's largest cruise ship building companies, Fincantieri, at the company's shipyards in Monfalcone and Marghera, Italy, with deliveries expected in 2019 and 2020. The two new 135,500-ton ships for Costa Asia and one new ship for P&O Cruises Australia will carry 4,200 passengers.

Additionally, Princess Cruises' new 143,700-ton ship will carry 3,560 passengers and will be its fourth "Royal Princess" class vessel, featuring the successful design platform used on Royal Princess, Regal Princess and Majestic Princess scheduled for delivery in 2017. Each of the four new ships will be specifically designed and developed for the brand and guests it will serve, and support the company's overall goal of providing exceptional vacation experiences for its guests. 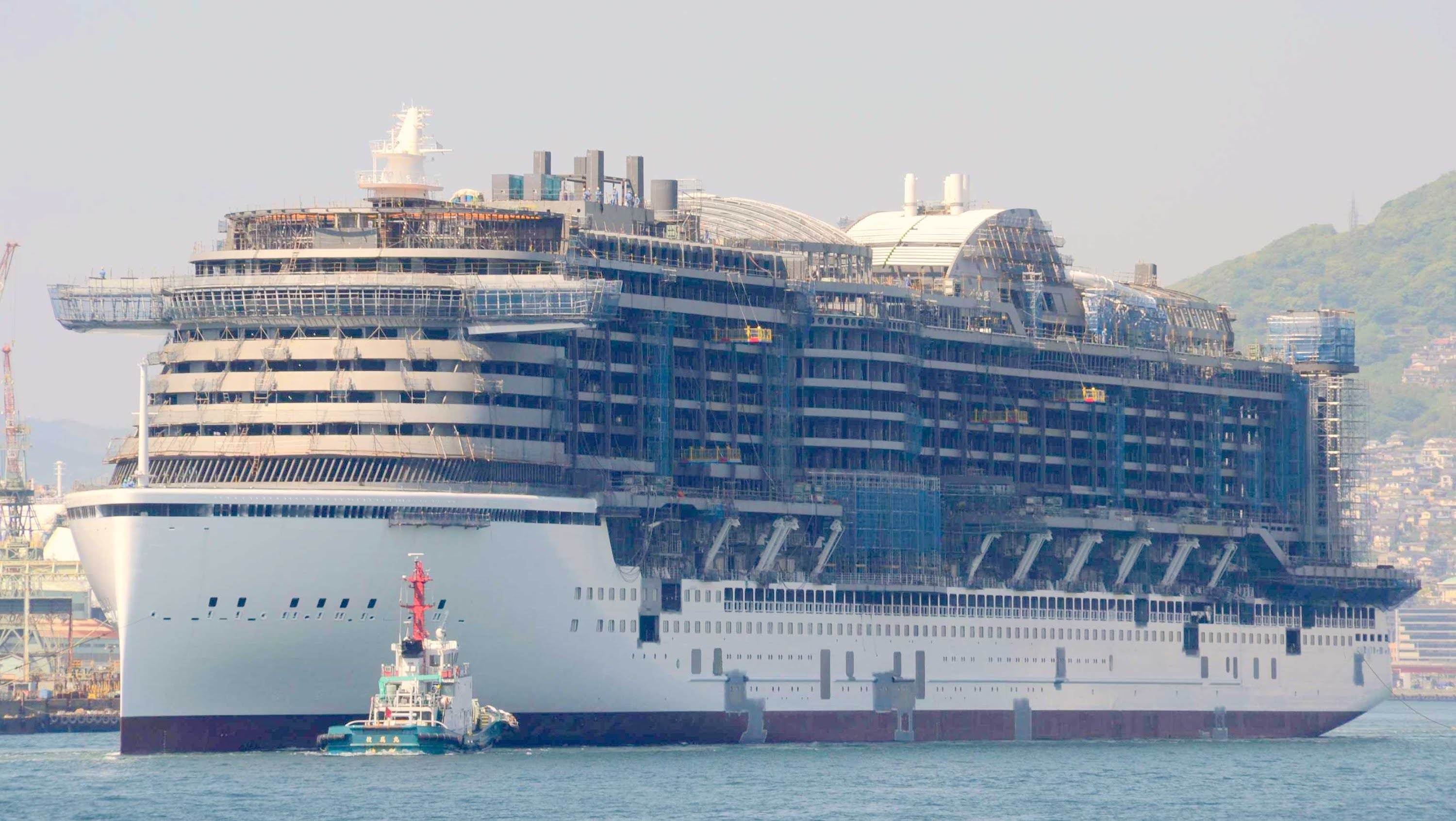 "We will deliver on our fleet enhancement plan with the construction of these four new, exciting ships that are consistent with our long-term strategy of measured capacity growth over time," said Arnold Donald, CEO of Carnival Corporation. "These ships will be great additions to our fleet that support our goal to exceed guest expectations and create great vacation memories for each guest onboard our ships. These strategic investments in new ships that wow our guests are an important part of our measured growth strategy, which includes replacing less efficient ships with newer, larger and more efficient vessels over a very specific period of time."

"The signing of this agreement happens during a real and beyond all expectations boom of the cruise sector," said Giuseppe Bono, CEO of Fincantieri. "This announcement confirms - once again - the effectiveness of our strategy: with these projects we ensure continuity and development for our company, and we also further strengthen our already consolidated partnership with the Carnival group."

The new Costa Cruises Asia ships will prominently feature the brand's "Italy's finest" experience, with the new ship design serving to enhance the overall onboard immersion Italy's unique style, hospitality, entertainment and culinary excellence. The new ship order will also strengthen Costa Asia's leadership and position in the region, as well as its commitment and confidence to continuously develop Asia Pacific and China to be one of the leading cruise markets in the world. In the past nine years, Costa Asia has created a multitude of industry firsts and has been widely recognized as the industry leader in the region, including being named as the first-ever Asia Best Cruise Line in the Asia Cruise Awards this year.

The new P&O Cruises Australia ship will join the leading cruise line's fleet that was recently expanded with the addition of Pacific Aria and Pacific Eden in November 2015 and will reach six total with the introduction of Pacific Explorer in 2017 to meet growing demand for cruises in Australia. Australia is one of the top performing cruise markets in the world, with an average annual passenger growth rate of 20 percent over the past decade. The new 4,200-passenger ship will have the largest passenger capacity from the line, with the next largest ship, Pacific Explorer, carrying 2,250 passengers, and will continue the brand's tradition of innovative ships that reflect modern Australia.

The new Princess Cruises ship will include the signature elements that have become synonymous with the Princess guest experience such as a soaring central atrium hub with multiple dining, entertainment and retail venues; Movies Under the Stars outdoor cinema experience, and 80 percent of all staterooms with balconies. The ship will also include some brand-new innovations to enhance the guest experience even further.

In March 2015 Carnival entered into a strategic partnership with Fincantieri under which these four ships have been developed. Specific features and amenities for the ships, along with deployment details, will be revealed in the coming months.